Gael force is spent without the fans at French Open 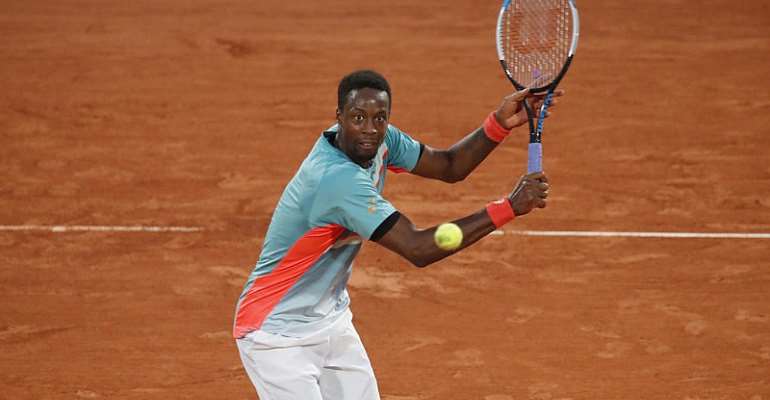 Gael Monfils, the tennis world's showman incarnate, slumped out of the French Open in the opening round for the first time since he made his debut as a precocious teenager at his home Grand Slam in 2005.

The 34-year-old world number nine is renowned for his athletic flamboyance and insouciant shot-making.

But he drooped before a player ranked 40 places below him without the buzz and love of the partisans on Court Suzanne Lenglen on Monday night.

“I really can't explain it,” said Monfils, who was seeded eighth. “It's my worst match at Roland-Garros. I think that it was pretty obvious that I just didn't have my game.”

Lack of concetration
Monfils went on walkabout in the key moments. He was 3-0 up in the first set before he was reined in.

While serving for the second set, he racked up three double faults and squandered his advantage.

After claiming the third, he was a break up in the fourth but, without the fervour of the crowds, could not mount the textbook heroic comeback

“I did not play well,” Monfils added. “I didn't handle the situation well.” Twelve double faults among 58 unforced errors vindicated his assessment on a day when France also lost Adrian Mannarino and Corentin Moutet.

Marathon
At least the latter gave a good account of himself before going down to Lorenzo Giustino in the second longest match at the French Open since tennis was opened to professionals in 1968.

It was 18-16 to the Italian in the decider after a total of six hours and five minutes.

There was a late boost for the locals though. Teenager Clara Burel reached the second round after a three-set victory over Arantxa Rus from the Netherlands.

Covid-19: Hassan Ayariga under life support after ridiculing...
4 minutes ago

What evil men mean for wickedness God turns it around for go...
19 minutes ago