The Men In Pampers 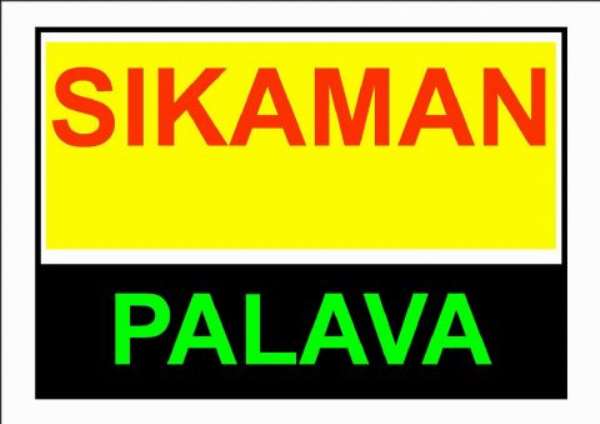 ANY man with two balls between his thighs, must desire a woman. If he doesn't, then he has been emasculated. So he is incapable of desiring a woman and must submit himself to medical or spiritual deliverance. God willing, he'd start nodding like an agama lizard.

Those who have not been emasculated but yet do not desire women are celibate and have consigned themselves to religious order as monks or priests. Even monks and priest desire women, but are compelled to suppress it, lest they fall from grace to grass.

There are others who are not under any vow of celibacy and yet they don't desire men. Instead they desire men. The reason why God destroyed Sodom and Gomorrah with fire was that men were going after men, an abomination that is unforgivable.

When men have sex with men and women with women, all manner of people including sociologists and psychologists explain it away and even suggest that homosexuals and lesbians should be tolerated because their sexual orientation is not of their own doing.

In countries like Jamaica, homosexuals are attacked and even killed, because their very existence is seen as a curse of the land. Going to the extent of killing homos is however a bit to the extreme because I believe that anyone who strays must be given the chance to reform if he can.

Homosexuality in Ghana is said to be spreading, and the schools are said to be the breeding grounds of new converts. Does this suggest that the act is not the result of any genetic aberration, but one that is learnt?

There is a girls' school in the Eastern Region where first year students are initiated into lesbianism. Those who refuse are given a tough deal. They are punished, harassed and life is made very uncomfortable for them. Sooner or later, they join the fold.

It is time school authorities rose and stopped some of these bad behaviours among school children, because lesbians are said to have a maladjustment in marriage when they eventually get wedded.

They do not enjoy sex with their husbands and some go extra-marital, hankering after their former lesbo mates. It is a tragedy for most marriages.

As for the homos, they go bisexual, that is getting married and yet enjoying sodomy on the side. Others can't bear the sight of women and can, therefore, not marry. That is why in some western countries two men can get wedded as well as two women. They call it human rights. The Bible calls it ABOMINATION.

It is an abomination because even lesser beings like animals are not getting it wrong. A male dog will not go after another male dog even if it is blind. It is always in tune with its natural sexual orientation. The only problem with the dog is that it doesn't mind expressing its avowed love in the middle of the street once it is on heat.

Homosexuals are bound to have medical problems. The orifice at the end of the alimentary canal known as the anus has sphincter muscles that help in the elimination and retention of waste. You must be capable of retaining faeces until you get to their toilet bowl, and then you can off-load in peace. No court case!

The anus and rectum of homos lose their elasticity of the sphincter due to sex. And once this elasticity is lost, faeces drips out uncontrollably. It means the person has lost that retention capability. And if he doesn't wear pampers, there will be an offensive accumulation of faecal matter in his "supporter."

This shows clearly that the anus is not anatomically or physiologically adaptable for sex. If it is used for sex, it is an abuse of the organ because collateral damage to the tissues is inevitable.

If homosexuals claim they have the right to practise what they know best, then society may as well be accorded the right for men to have unnatural carnal knowledge with beasts like pigs, goats, sheep, etc which is called BESTIALITY.

And how would society look like if men are chasing goats and pigs to have sex with them? Society must be organised such that weirdoes do not hide under the label of human rights to pollute the callow minds of the youth and the gullible.

That was why it was right for government to stop that conference that homos and lesbos wanted to hold on the sacred land of Sikaman.

We don't want a situation in Ghana where Abena and Akua will go to the altar and ask the pastor to bless their marriage, or Kodjo and Kwame. When this starts happening in Sikaman, then we are finished. Even the common dog will not respect us.

The youths of Ghana must beware of some foreigners who offer money for sex. Some offer big money to film homosexual acts for sale in their countries. Even some people are filmed without them knowing it. So they engage in the act, get paid, but the film goes into circulation without their consent.

Those who also go to internet chartrooms and are told to undress and model their naked bodies should know that they are secretly filmed. High-tech is changing the world for the better and for the worse.

Chereponi: I’m humbled by this opportunity to serve — DCE no...
40 minutes ago

Ablakwa to file two urgent questions again over cost of Akuf...
49 minutes ago