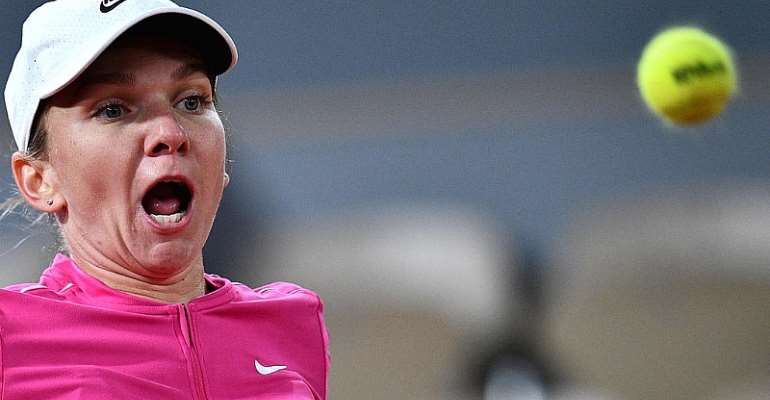 Birthday girl Simona Halep swept into the second round of the French Open on Sunday after a straight sets victory over the unseeded Spaniard Sara Sorribes Tormo.

The Romanian, who was celebrating her 29th birthday, claimed the tie 6-4, 6-0 to become the first woman to win under the new roof on centre court.

“It's an honour and it's a unique moment playing on my birthday at Roland Garros. I want to keep this moment in my memory.”

Halep was promoted to top seed after Ashleigh Barty, the world number one and defending champion, opted to stay in Australia due to her fears over the coronavirus.

The tournament should have been staged in May but was postponed as the French government fought to stem the spread of the disease.

In the prelude to the start of the event, France has experienced a rise in the number of coronavirus cases prompting authorities to limit the number of spectators at sports events to 1,000.

A smattering of spectators on Court Philippe Chatrier saw Sorribes Tormo break to lead 4-2. But Halep, who skipped the US Open to train on clay for the French Open, responded with a roll of 10 consecutive games.

“It's always tough to start a tournament and I was a little nervous,” said Halep.

“Sara was playing really great and not missing. But I found my rhythm and had a plan B not to be so aggressive and wait for the right shot to move in. It worked so I am pleased.”