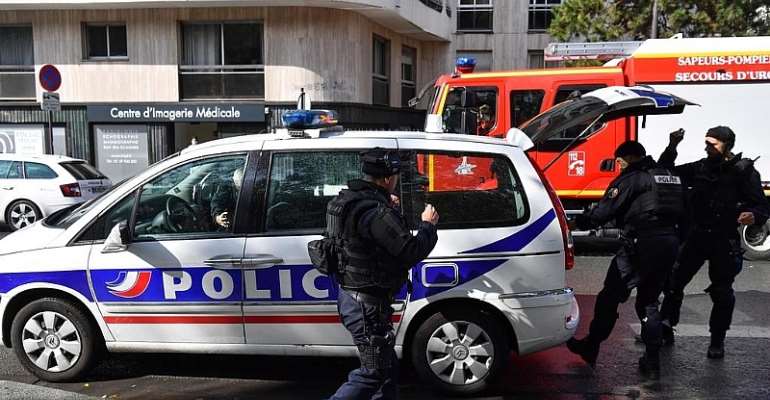 Four people have been injured in a knife attack in Paris on Friday outside the former offices of French satirical magazine Charlie Hebdo, according to a statement from Prime Minister Jean Castex. Two of the victims are in a critical condition, and a suspect has been detained, the Paris police department says.

"A serious event has taken place in Paris," said Prime Minister Castex, who was addressing reporters at the time and cut short a visit to northern Paris to head to the crisis centre at the interior ministry.

"Four people have been wounded and it seems that two are in a serious condition," he said.

Police have since arrested the suspected attacker.
The man was detained near the sprawling Place de la Bastille, police said, adding he was the only suspect in an attack.

Schools and several metro stations in the area of the attack have been closed.

Anti-terrorist police are investigating a case of attempted murder.

Jean Castex added the attack had taken place "in front of" the satirical weekly's former offices in the 11th district of central Paris. The magazine's current address is kept secret for security reasons.

The stabbing attack comes as the trial continues in the capital of 14 alleged accomplices of the authors of the January 2015 attack on Charlie Hebdo.

The magazine marked the opening of the trial by republishing hugely controversial cartoons of the Prophet Mohammed.

Al-Qaeda then threatened Charlie Hebdo with a repeat of the 2015 massacre of its staff.