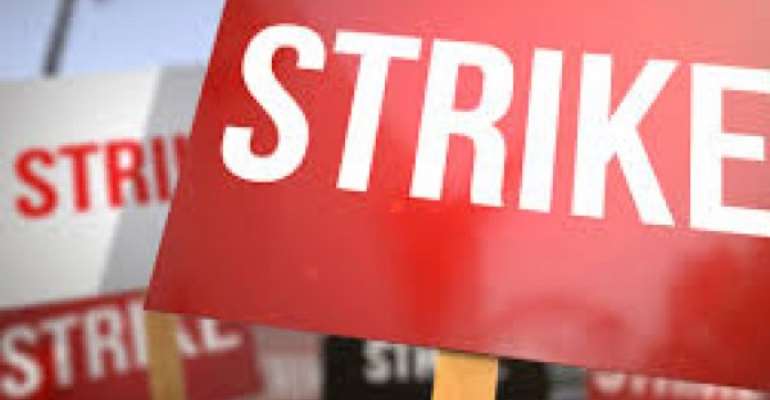 The strike action by nurses and midwives in the country is hitting hard on healthcare delivery in the Ashanti region as most health facilities have shut their doors to patients.

A visit to some government health facilities by the Ghana News Agency on Tuesday morning revealed that patients have been asked to return home or seek healthcare from private facilities.

The strike by the Ghana Registered Nurses and Midwives Association (GRNMA), which started on Monday, September 21, this year, is to seek better working conditions for members and workers in health institutions.

A visit to the Ejisu government hospital indicated that the facility had been closed down following the strike action by the GRNMA.

A source at the facility told the GNA that management discharged all patients, locked the wards and the various departments on Sunday evening.

Madam Forgive Goku, a Health Assistant, who was the only staff at the hospital at the time of the visit, claimed she reported to work only to meet the facility empty.

Patients, including pregnant women, who had come to seek medical assistance were left stranded.

Madam Sarah Serwaa, a patient who was not aware of the strike action, said she reported at the hospital last week and was asked to return for a laboratory test, only to meet an place empty.

At the Onwe government hospital, only a doctor was around to take care of patients, as nurses, midwives, Physician Assistants (PAs) and anesthetists were absent.

The Doctor who preferred to remain anonymous, advised the public to be careful since emergency care would be difficult to handle in the absence of nurses and other staff.

She said all patients on admission had been discharged while others who were in critical condition had been referred to private hospitals for treatment.

At the Manhyia government hospital in Kumasi, the situation was the same as patients were asked to return home.

Mrs Augustina Aidoo, a pregnant woman, told the GNA that she was in a state of agony as the time for delivery was due.

She pleaded with the nurses and midwives to return to work to help save the lives of innocent citizens.

Mr Kwame Frimpong, Public Relations officer of the Komfo Anokye Teaching Hospital (KATH), told the GNA that management was meeting to devise a strategy to minimize the impact of the strike action on patients who visited the facility.

He said in-patients were still on admission and management was working with the various Units and Departments to see what they could do to handle outpatients who were reporting to the facility.

The situation at the Effiduase and Juaben government hospitals was not different as nurses and midwives had stayed out of work.

COVID-19: Ashanti Region records 783 cases in one week
19 minutes ago