The Allocation Of E-Block Day Schools – Neglect Of Communities Of High Demand? 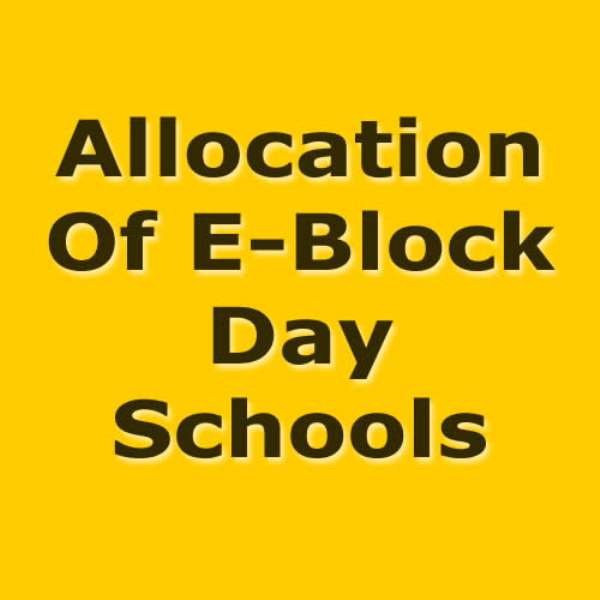 I refer to the recent tussle on the E-Block schools, whose construction was started by the Mahama-led government – as to whether 23 or 46 has been completed till date, 2020. Both NPP and NDC are promising on different platforms to continue with the construction of the rest of the 123 or 200 day schools when given the mandate on Dec. 7. Well, my call is before we start or continue with the construction of any new day schools, it is important that a better assessment is carried out on the areas of high demand and the purpose - for value, and to help bridge the access/proximity-to-school ratio that some densely populated communities are facing in Ghana, especially Accra, the capital city.

Have you ever wondered why most parents in Accra-Tema sent their wards to schools in the surrounding regions - Central, Eastern, Volta, etc.? Well, it is because Greater Accra does not have the least of the public SHS schools to accommodate the thousands of JHS3 graduates that the region produces annually. This year’s JHS3 graduates are choosing SHS schools this month, and parents in Accra-Tema would understand what I am talking about.

It is obvious that the purpose for additional schools is to help put more of the BECE graduates in SHS across the country. However, Day SHS schools are supposed to be located within communities, to be accessible to the people from any direction within the community on daily basis, just as the JHS schools are within reach. Many have already commented on the wrong siting of some of the E-Block Day schools outside of towns, to which I believe the decision makers have taken note of the misapplication.

The other omission in the ‘distribution’ of the day schools, is the allocation of the schools to communities that do not necessary have demand for it, except for the political drive, while the populated and prime communities are neglected.

According to documents from the Ministry of Education cited, the following was to the formula for the allocation of the e-block day schools:

1. The first 10 E-Block schools were to be built in districts where there were no public SHS schools.

But from the published list of beneficiary districts of the e-block day schools, it is apparent that the formula was thrown overboard, and the E-Blocks became the political infrastructure for the constituencies. The allocation was more like ‘One District, One E-block’, without looking at the actual areas of high demand. Although the formula was not entirely geared to reduce the access-to-school ratio, however it could have helped bridged the gap somewhat.

Communities such as the Ablekuma Central and North, Okaikwei North, and Ayawaso Central Municipalities are among the leading densely populated municipalities/districts in Ghana (with population estimated in the range of 200,000-300,000 each). However these districts have just one (1) existing public SHS each. It would surprise you that none of the above-mentioned municipalities (whose population density are each above 10,000 people/km2) are on the list of the beneficiary districts. Ideally, each of these municipalities should even be given at least 3 e-block schools to lessen the huge gap of access-to school in the capital.

However, the Ashaiman district (for instance) which we know as densely populated (above 10,000 people/km2), has only 2 public SHS schools, and was allocated with just one (1) e-block day school. Similarly, adjoining districts of Kumasi metropolis have little or no SHS, despite being densely populated than some of the beneficiary districts of the e-block day schools. It is important to stress that we are talking about day schools and not boarding schools.

As both NPP and NDC are promising to construct additional SHS (or build the rest of the e-blocks) when voted in the 2020 elections, it is imperative that our politicians and decision makers are guided by the following:

· Day schools are for densely populated areas (cities/central part of towns), while boarding schools are useful for less dense communities (the rural areas).

The e-block’s misallocation shows how we are good at putting up plans, laws and procedures, but lack the culture to respect and adhere to them during implementation. But we need to move away from the bad practices; and we need leaders to take the whip. It is expected that the Ministry of Education takes responsibility for the misallocation and misapplication of the e-block Day Schools, and to do the needful to ensure that subsequent siting of public schools serve the people’s need than political need.