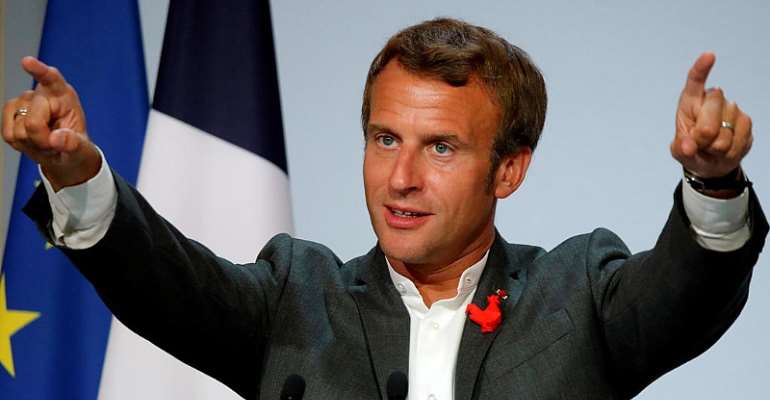 Left-wing and environmental groups protested Tuesday after French President Emmanuel Macron dismissed reservations about 5G telecom infrastructure in remarks about “going back to the oil lamp” and living like the Amish, a Christian fellowship known for its reluctance to adopt modern technology.

A handful of protesters held candles outside the Elysée presidential palace in Paris, chanting “we are the Amish of the earth.”

“It's time to stop manipulating and simplifying environmental arguments and treating them as the ranting of a few weirdos,” said one protester. “Serious people are on the side of science, and sooner or later, the government has to realise it.”

Critics and commentators also responded on social media with the hashtag #JeSuisAmish, echoing the #JeSuisCharlie expression of solidarity with victims of the 2015 attack on the offices of satirical magazine Charlie Hebdo.

The French government has been pushing in recent days for rapid deployment of 5G technology, which advocates say will bring huge advances in the amount and speed of wireless data transfers and enable progress in self-driving vehicles, virtual reality and connected health.

The reactions followed remarks in which Macron dismissed calls for a moratorium on 5G, which France plans to begin implementing at the end of the month, in order to study the environmental and health impacts of its infrastructure.

“I hear a lot of voices being raised to explain to us that the complexity of contemporary problems should be addressed by going back to the oil lamp,” Macron said. “I don't believe that the Amish model can solve the challenges of contemporary ecology.”

Living mostly in Pennsylvania in the eastern United States, the Amish are known for their pacifism, simplicity of dress and lifestyle and reluctance to adopt modern technology, preferring for example horse-drawn carriages to cars.

After the comments, Macron himself urged “no controversy” and assured “5G will be deployed transparently and with environmental and health guarantees at every step.”

“No one wants controversy, but as the Amish advise, we hope for respect and real debate,” replied French Green Party MEP David Cormand.

“Authoritarian arguments and posturing do not address important issues. The usefulness and consequences of 5G must be evaluated.”

It's not good at all — GMA expresses concerns over rising CO...
14 minutes ago