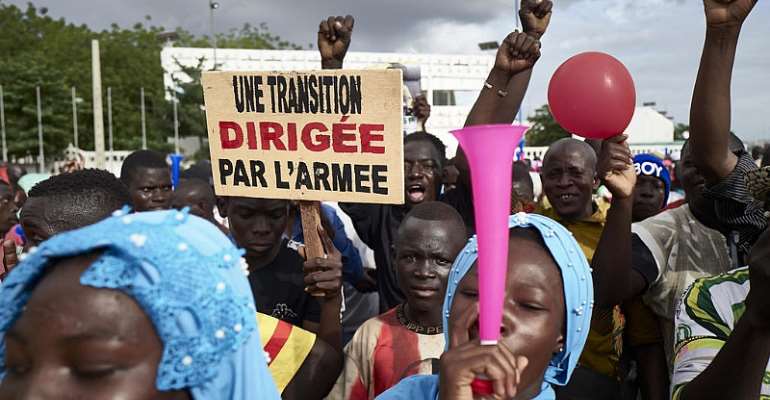 Mali's military leaders have pushed through a political charter which allows for a soldier to become interim president despite objections from the coalition that led anti-government protests before last month's coup.

The charter says the interim president can be a civilian or a soldier and will preside over an 18-month transitional period before elections are held, said Moussa Camara, spokesperson for the talks.

He added that the interim president will be selected by electors chosen by the junta.

Saturday's pledge followed three days of negotiations with the opposition and civil society groups to agree on a timeline for Mali's return to civilian rule after the 18 August coup that toppled President Ibrahim Boubacar Keita (IBK).

A previous draft of the charter had said the transition would last two years and the interim president would be directly chosen by the junta, the National Committee for the Salvation of the People (CNSP).

Key figures of the June 5 movement (M5-RFP) - a loose coalition of opposition groups, religious leaders and civil figures that spearheaded protests against Keita before the coup, criticised the charter's failure to ensure civilian rule of the transition.

Sy Kadiatou Sow, a leading M5 member and former government minister, said that the charter had been "butchered" and did not reflect earlier discussions.

"This is not democratic at all, I am very sad and worried."

"It's the people who overthrew IBK. It's up to them to choose the new president," said Youssouf Maiga, an M5-RFP supporter.

Former Malian premier Moussa Mara acknowledged the charter had "indisputable weaknesses" such as elements which "contradict the 1992 Constitution"  but that “there was a minimum to begin with”.

ECOWAS to meet on Tuesday

The 15-nation Economic Community of West African States (Ecowas) regional bloc imposed sanctions and closed borders to Mali as part of efforts to press the junta into handing over power quickly.

Ecowas has insisted that the interim president be a civilian and that the transition last no longer than one year.

Leaders will meet on Tuesday to discuss the situation in Mali.

It was not clear if the interim president would be named before then and Ecowas has not said what it will do if its demands are not met.