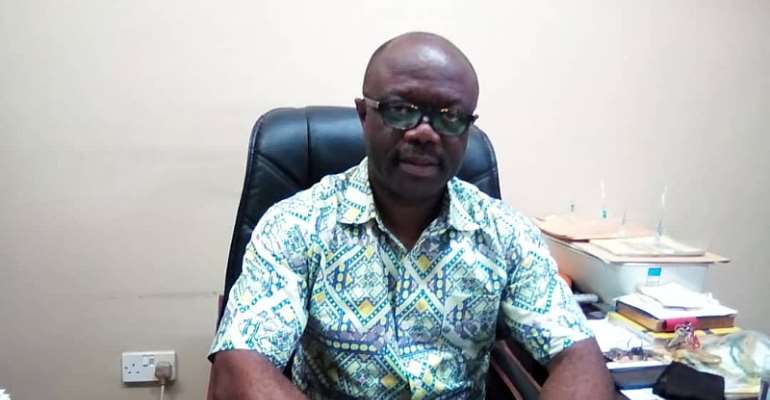 Koforidua based Pentecost Senior High School headmaster, Mr. Peter Atta Gyamfi has expressed his satisfaction and appreciation at the great deal and efforts the leaders of the Church of Pentecost are making towards the growth and unprecedented development of the school.

Mr. Peter Attah Gyamfi vehemently heaped praises on leaders of the Church of Pentecost for their consistent support towards the school.

According to Mr. Attah Gyamfi, the General Headquarters of the Church is putting up a 2-story boy’s dormitory and has already completed a 6-unit classroom block for the school.

He said the government is also putting up a 15 unit classroom block and 12 unit toilet facility for the school, whiles PTA is putting up Teachers bungalow and the school is also building a Headmasters bungalow from their IGF.

He indicated that, when the government absorbed the school into the public system in 2015, the school’s population was then 155, but currently, enrolment has increased drastically.

Commending the government for implementing the free SHS policy, Mr, Peter Attah Gyamfi said it made the right choice by implementing the policy because the development of the country depended on its human resource.

“The needs of education for our youth cannot be postponed or relegated. The Free SHS Policy demonstrates a solid commitment by the government to the human development approach to nation-building,’’ he said.

While recognizing the fact that the implementation of the Free SHS policy faced certain challenges, he advised policymakers, heads of SHSs, and all stakeholders to forego personal interests to see to the success of the policy.

“Rise above personal interests, corrupt practices and abuses and seek to devote personal efforts towards this sacred task for the uplift of the youth in this country,’’ he said.

He also called on the government to step up efforts towards the expansion of educational infrastructure to cater for the increasing number of students.

MMDCE appointments shouldn't be seen as job for the boys' - ...
58 minutes ago