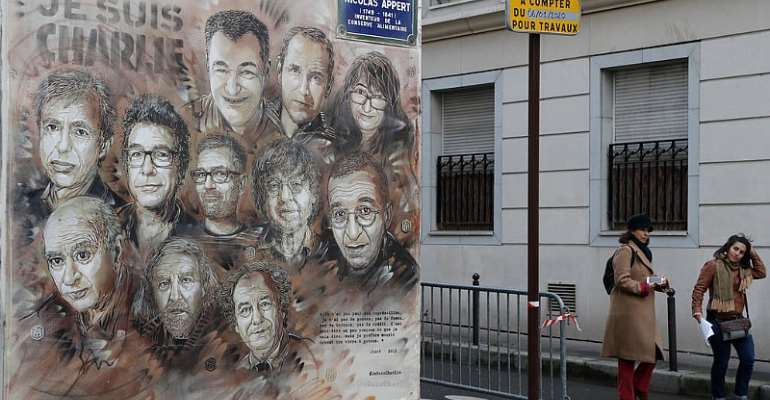 Fourteen people face charges of complicity as the long-awaited trial for deadly attacks on satirical magazine Charlie Hebdo, a police officer and a kosher market open in Paris on Wednesday. Lawyers are warning judges not to make an example of the defendants if clear links are not established.

Fourteen people, including three in absentia, face various charges related to complicity in the attacks that killed 17 people in the Paris region in January 2015.

All are suspected accomplices of brothers Saïd and Chérif Kouachi or Amédy Coulibaly, who died in shootouts with police after a three-day rampage targeting Charlie Hebdo, police officers and kosher supermarket Hyper Cacher in and around the French capital.

A painful trial
Lawyers emphasise the importance of the trial for the approximately 200 victims, survivors and relatives of those killed who will attend and provide testimony over the two months of proceedings.

“It's going to be very painful for Lilian and for the other victims to attend and to revisit what happened,” says Antoine Casubolo Ferro, lawyer for Lilian Lepère, who hid in a closet for eight hours as the Kouachi brothers occupied a printing office at Dammartin-en-Goële northeast of Paris.

Lepère's testimony speaks to an underlying concern about the trial. Most of the accused are associated with Coulibaly, and their links with Kouachi brothers are not entirely clear.

“Lilian is one of the last people to have seen and heard the Kouachi brothers alive,” Ferro says. “His testimony is going to be very important to reconstitute the scene. If this was not important for him, he would not be there. Lilian had no particular desire to be famous and have cameras on him.”

Lawyers for both plaintiffs and defendants are also expressing concern about the intense emotions and extensive media attention around the trial.

“I'm convinced that this trial is being held for media to help heal a very deep wound in French society,” says Safya Akkori, lawyer for defendant Mohamed Fares, who is contesting charges related to allegedly helping Coulibaly obtain weapons.

“This raises a concern of whether the legal system will show the rigour expected of it when it comes to issuing judgements and handing down sentences.”

Court must establish intention
It will be no easy task for judges. Prosecutors have sought to identify accomplices, but even if evidence establishes contact and logistical support, it may not be enough to provide a clear picture of intention.

“By providing cars, phones and lodging, did they know what the assassins were preparing to do?” Ferro says of the questions facing the court. “If they knew, then they contributed, and it is a matter of knowing to what degree.”

But complicity is difficult to establish, not least because the perpetrators are unable to provide testimony.

“It's a complicated case, because the main actors are dead and cannot respond, and justice is being sought with people who are very distant from the perpetrators, based on links that are very hard to identify,” Akkori says.

Democracy at stake
Both Ferro and Akkori say democracy and the rule of law are at stake as the court faces pressure to help turn the page on a difficult chapter in French history.

“If the accused are found guilty, they will be severly punished, but it's important not to make an example of them,” Ferro says.

“The problem these attacks pose, as we've seen for years, is the rift between liberty and security,” he continues. “We have to find a balance between security, which means finding punishments that fit the crime, and liberty, which means going no further than what the law says, and certainly not making decisions based on emotion.”

On the side of the defence, Akkori expresses a similar concern for the accused.

“I fear they will be made to serve as an example,” she says. “My hope is that if this trial establishes that these individuals committed reprehensible acts or crimes, they will be punished by the fairest and most balanced means possible.

“My other hope is that the judges will be brave enough to recognise that it's entirely possible that at the end of the trial, the charges cannot hold.”