Thousands trapped on French trains overnight due to electrical problems 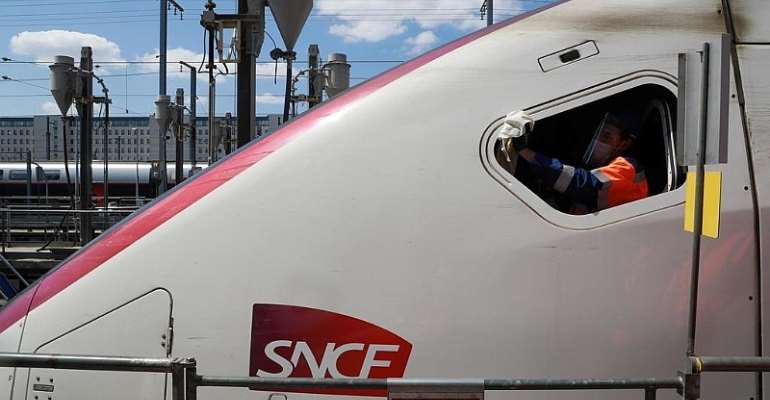 French railway operator SNCF has apologised for technical issues that obliged thousands of travellers to spend the night on high-speed TGV trains in southwest France.

Four high-speed TGV trains leaving the city of Hendaye in the French Basque country were blocked on the tracks overnight, causing some travellers delays of up to 20 hours.

One train carrying more than a thousand passengers was scheduled to arrive at Paris at 4:20 pm on Sunday but ended up spending the night on a stretch of track halfway to the city Bordeaux.

“There are families with children and we don't have information. The staff are overwhelmed. We were promised meals and bottles of water, but we were given nothing,” said an AFP journalist trapped on the train.

Some travellers plead for water, food or fresh air. Face masks are required on the trains and some passengers described wearing masks as long as 20 hours straight.

Other trains carrying 445 passengers made their way back to Hendaye. The passengers and were taken by bus to Bordeaux, where they boarded TGVs to Paris.

The SNCF said “a series of electrical supply incidents” that started Sunday afternoon halted four trains destined for Bordeaux and had knock-on effects on other routes.

The company said traffic was not expected to return to normal until Tuesday and announced an internal investigtion into what happen.

Jean-Baptiste Djebbari, junior minister for transport, said the company would reimburse all passengers three times the cost of their tickets in an “exceptional” gesture.

“I know how unpleasant and stressful it is to be stuck on a train all night. The SNCF will reimburse 300 percent of the cost of tickets for passengers stuck between Bordeaux and Hendaye.”

The incidents came as millions of French people return from summer holidays to work and the beginning of the school year.