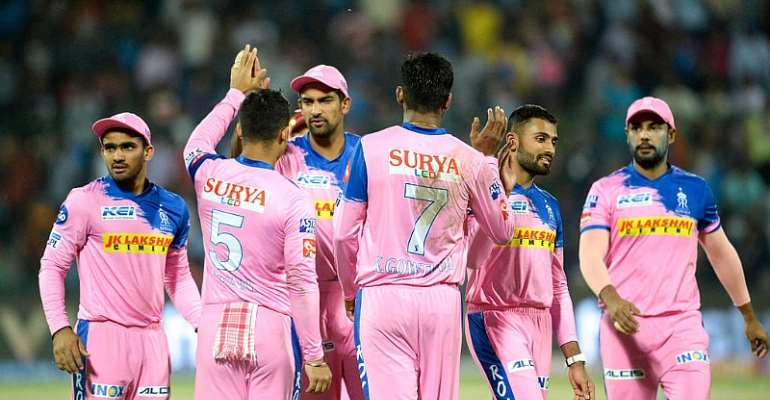 An Indian cricket team will pitch for sanitary pads when they take to the field next month. For the first time, a female hygiene brand has endorsed a sports team in India where discussions about the menstrual cycle still remain hushed.

Rajasthan Royals, which took brand Niine as team sponsor on 15 August, said the IPL tournament next month in the United Arab Emirates would be the “perfect platform” to open the debate on menstrual issues.

The Royals are one of eight teams in the 13th edition of the Indian Premier League (IPL) tournament to be held between 19 September and 8 November.

The team has come in for praise from sportspeople as well as social organisations for its choice of sponsor.

“It is time to make a real change,” Royals' Chairman Ranjit Barthakur said of the new message on the team shirts which reads: 'Niine. Sanitary Napkins'.

“Rajasthan Royals are poised to be the vehicle that will help educate men through the IPL 2020 season by building not only awareness but also understanding on a grand scale.”

The Hidden Pockets Collective, a women's advocacy group based in the southern Indian city of Bangalore, gave its thumbs up to the sponsorship.

“Corporate partnerships help in reaching the masses, especially in a space like the IPL,” group founder Jasmine George told RFI.

Others agreed that the glitzy tournament, which rakes in millions of euros in TV broadcasting rights, will help open up a delicate subject.

“If a cricketing team wearing a sanitary napkin logo helps draw attention to menstrual health, a most neglected area, then so be it,” added campaigner Subarna Ghosh.

Last year, IPL matches registered 462 million viewers on television, up from 411 the previous year, according to the Broadcast Audience Research Council ratings agency.

On 15 August, Indian Prime Minister Narendra Modi drew praise when he spoke about sanitary pads in his address on India's 74th Independence Day.

Earlier this month, Zomato, a global food-delivery firm, offered 10 days period leave per year to its female employees in India, sparking calls for similar relief by other businesses which have women on the payroll.

Bollywood in 2018 produced “Padman” – the world's first feature film dealing with the question of period poverty.

Despite the campaign, only 36 percent of India's 336 million women use napkins. Also, 26 million menstruating girls drop out every year from schools, where teachers are often edgy with the subject in biology classes.

“Even in larger cities like Delhi, women, even the well-educated ones, feel awkward asking for sanitary napkins with people around,” said Aditya Saxsena, a city store owner.

As in many parts of the world, taboos surround menstruating women in India.

Women are often banned from temples or forbidden to bathe or cook despite feisty campaigns to bury India's centuries-old superstitions.

“While commercial endorsements may not be a direct reflection of progressive social change, it indicates readiness to break the silence and stigma around women's bodies and reproductive health,” activist Ghosh told RFI.