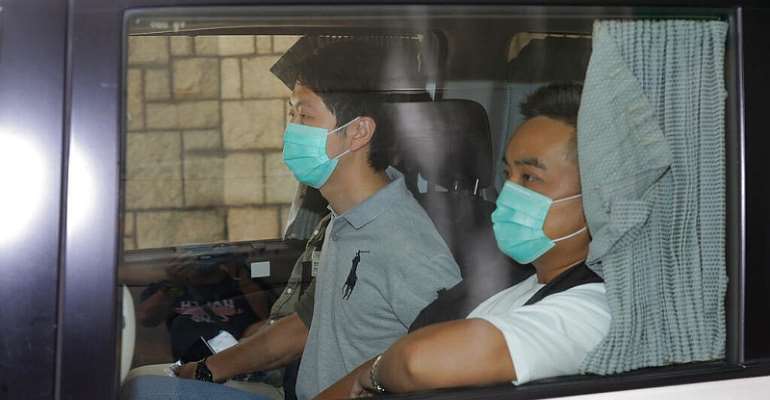 Two leading figures from Hong Kong's Democratic Party were among 16 people arrested in the latest police swoop against the city's pro-democracy movement on Wednesday.

Police arrested Legislative Councillors Lam Cheuk-ting and Ted Hui in relation to a protest in the suburb of Tuen Mun on 6 July last year. The pair were charged with conspiracy to destroy property and obstruction of justice. The Democratic Party said the two had been carrying out their duty as legislators on the day by liaising between protesters and police.

Fourteen of the arrests were related to a now-notorious attack on commuters and protesters by more than 100 men believed to be linked to triad criminal groups on 21 July last year. A horde of white-shirted individuals stormed Yuen Long metro station in the north of Hong Kong and beat passengers and bystanders with poles and rattan sticks. Lam, despite being himself a victim, was also charged with rioting relating to the incident. He had arrived on the scene after hearing of a man being assaulted outside the station. He filmed the incident and was himself beaten, his injuries leaving him needing 18 stitches. The attack was also live-streamed and viewed by thousands across the city.

Police accused of collusion in 2019 attack

The pro-democracy camp has long accused the police of collusion in the attack, the authorities having on the night taken 39 minutes to respond to calls for help. Officers were also filmed chatting in a friendly fashion to some of the attackers. Forty-three people had previously been arrested in relation to the attack, with seven of them charged.

The police defended the arrests in a press conference on Wednesday afternoon. They said the journalists present at Yuen Long had shown only one side of the story, leading the public to believe it was an “indiscriminate attack,” and that they had failed to show protesters “assaulting” the assailants using a fire hose. This new version of events was at variance with the one the police have maintained since the night in question.

The Democratic Party chairman of Yuen Long District Council Zachary Wong said arresting victims of the attack showed Hong Kong was becoming a police state. Even if the charges might not ultimately stand up in court, as has been the case with many arrests of protesters over the past year, it could leave both Lam Cheuk-ting and Ted Hui open to disqualification from the Legislative Council elections, which were due to take place in September but have been put back 12 months, because of Covid-19.