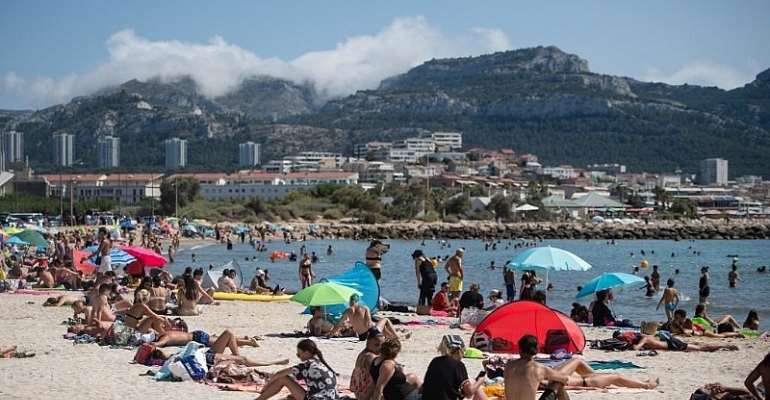 Mask-wearing for people aged over 11 will be made compulsory in France's second city of Marseille from Wednesday night as part of new rules to tackle a sharp acceleration of Covid-19 cases in the Bouches-du-Rhône department.

Bars and restaurants throughout the department will also be made to close their doors from 11pm to 6am under measures that will take force from 11pm and remain in place until 30 September, the regional prefecture said in a press release.

Provence-Alpes-Côte-d'Azur prefect Christophe Mirmand, who took office on Tuesday, said that while there would be an emphasis on “individual responsibility and not coercion”, police checks would be stepped up “to ensure these obligations are respected".

Offenders face fines of 135 euros – rising to 3,750 euros and six months in prison in the event of repeated offences within a 15-day period.

Masks have been compulsory in certain districts of Marseille city, including the Old Port, since 8 August. The new rules are less severe than envisaged by some, following hints that public gatherings of more than 10 people could be banned in the city.

However Marseille's second deputy mayor Samia Ghali has denounced the new restrictions as “total hypocrisy” and “ridiculous”, questioning the efficacy of unwashed masks that she says people have been wearing for weeks on end because free masks were not made available.

“The problem is that the prefect has not spoken to elected officials,” Ghali told television channel BFM. “He's just arrived and I think he's simply executing orders from Paris.”

Local authorities say free masks will be made available throughout Marseille as of next week.

Ghali has also demanded compensation for restaurants forced to close early. “This move will put Marseille in financial difficulty because when you ask the bars and restaurants to close at 11pm, it is clear that they will not be able to provide various services … and this will endanger their business,” she said.

“They have already been through this during lockdown – and now we're seeing a second economic lockdown.”