Kwahu: Children With Disabilities To Benefit From A Million Dollar Ultra Modern-School Project 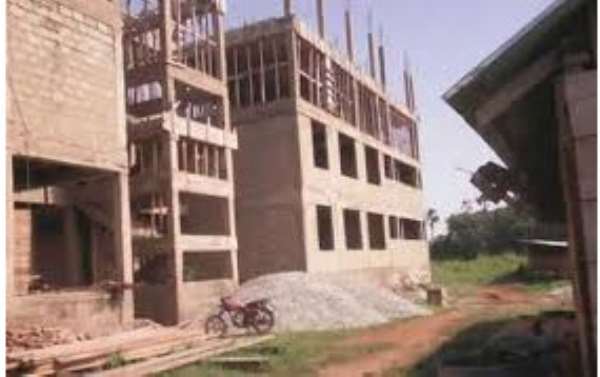 A UK- based Ghanaian entrepreneur, Jennifer Brown has promised to construct an ultra-modern school facility for the disabled kids in Kwahu in the Eastern region of Ghana.

This according to the founder of Jenny's Foundation a Non- governmental Organization (NGO) was part of the organization's measures to help the less privileged in the African continent.

Focusing more on those with various disabilities such as autism, and PMLD in some Africa Countries especially Ghana the CEO is much determined to extend her kind gestures to the people of Ghana.

She added that over the years after the establishment of the foundation, it has helped many needy by paying their medical bills, school fees, startup capital for women, donating clothes, food items, and many more.

"Now, the next project is to build the ultra-modern school complex for the disables in the Eastern Region, Ghana", she reiterated

The estimated cost of the school as disclosed by the CEO is over $1million, of which a date for the sod cutting will soon be announced to the public after major international Airport reopen to traffic.

Government to reclaim mined-out areas in Ghana
20 minutes ago