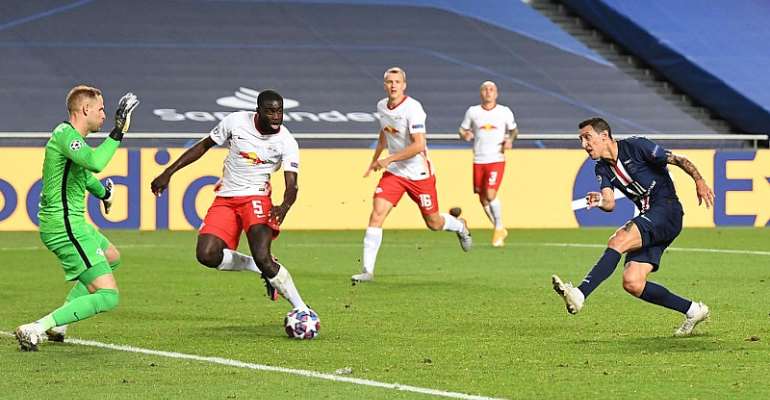 Marquinhos, who scored PSG's last gasp equaliser in the dramatic quarter-final victory over Atalanta on 12 August was again on the mark at the Estadio da Luz in Lisbon.

Di Maria doubled the advantage in the one-off semi-final game on the cusp of half-time. Neymar's cute back heel allowed him to slot past the Leipzig goalkeeper Peter Gulacsi.

From there it was a question of whether Thomas Tuchel's men could maintain their poise and cruise into PSG's first final in European club football's most prestigious tournament.

The answer was yes ... with munificence from their befuddled opponents. Ten minutes into the second half, Nordi Mukiele slipped near his right hand corner flag as he tried to run out of defence with the ball.

Di Maria picked up the loose ball and crossed to the near post, where Juan Bernat arrived to divert it into the net.

From there, PSG just kept possession as Leipzig pressed desperately  for a way back into the tie.

It did not happen.
PSG will play the German Bundesliga champions Bayern Munich or fellow Ligue 1 travellers Lyon in the final on 23 August at the Estadio da Luz.