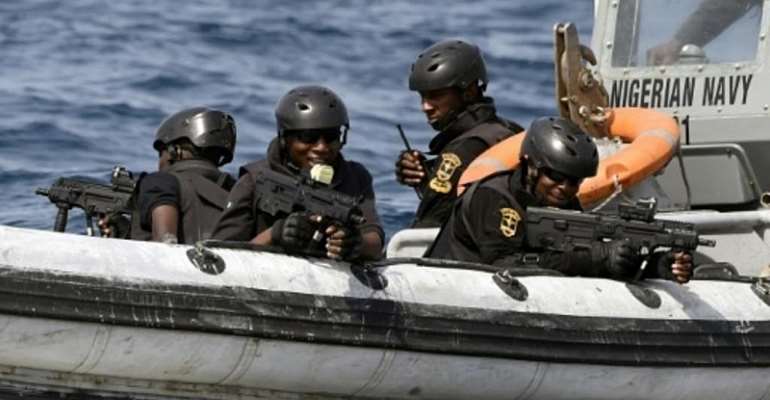 A Nigerian court in Port Harcourt has fined three men 44,000 euros each for hijacking a ship in the Gulf of Guinea in March and collecting a 169,000 euro ransom for the crew.

The new measures were used for the first time in an effort to curb piracy, which is endemic in the Gulf of Guinea, representing 90 percent of all sea abductions worldwide, accordfing to the UK-based International Maritime Bureau (IMB).

Although the three men were handed down sentences under the new statute, Nigerian press reported that they were not pirates in the traditional sense, but employees of a private security company.

Nine men were charged in July in connection with kidnapping the crew of the MV Elobey VI off the coast of Equatorial Guinea. They had seized the boat and the crew in March, but released them in May after the ransom was paid.

Three of the defendants pleaded guilty to charges related to piracy and will pay the fine but will serve no additional jail time.

The other six pled not guilty and will go to trial.

“Piracy is rife off the Gulf of Guinea,” Karl Sykes, Managing Director of Neptune Maritime Security told RFI. “Will it deter the other pirates? I very much doubt it, they are very desperate people and out to make money,” he says.

“It's not going to be an overnight thing, but it's a positive move in the right direction,” he adds.

Gulf of Guinea piracy on the rise

In most cases, piracy involves armed robbery at sea and holding the crew for ransom, but can also include piracy where assailants steal crude oil from tankers.

Although piracy dropped in the Gulf of Aden off the coast of Somalia after 2013, when combined Somali and international efforts were made to patrol the waters, it has continued to rise in the Gulf of Guinea, which covers a 6,000 kilometre-long coast from Senegal to Angola.

According to the International Maritime Bureau, violent attacks against seafarers have risen in 2020, with the IMB logging 49 crew members being kidnapped for ransom in the Gulf of Guinea alone in 2020.

Although typically kidnapping or seizing a ship occurs closer to the coastline, IMB reports a new phenomenon – many violent acts by pirates are taking place further out at sea.

“Two-thirds of the vessels were attacked on the high seas from around 20 to 130 nautical miles off the Gulf of Guinea coastline,” according to the report.

The report cited the Nigerian Navy with intercepting and preventing a number of would-be kidnappings.

“Along with corruption, employment is also driving piracy in the Gulf of Guinea, and the Niger Delta [in Nigeria] in particular,” according to Abhishek Mishra in an article for the World Economic Forum.

“Due to lack of jobs, when people see there is nothing on the ground for them to benefit from, they go to any length and use any means to disturb the economic activities that bring money into the nation,” he added.