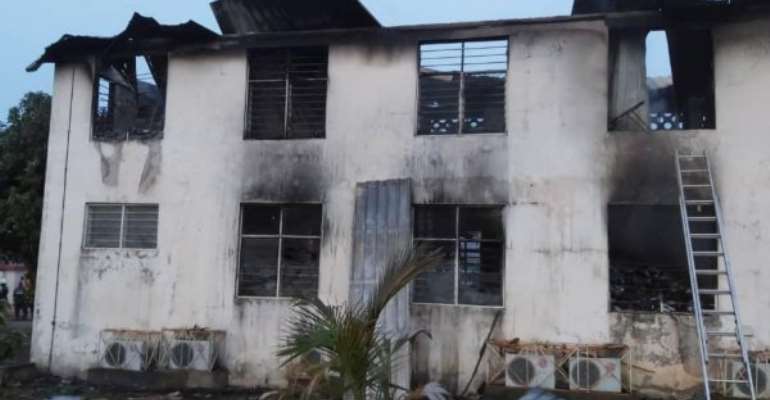 The Accra Regional Police Command is investigating the cause of a fire that gutted the Electoral Commission (EC) office at Sapeiman in the Greater Accra Region in the early hours of Friday.

Deputy Superintendent of Police (DSP) Effia Tenge, Head of Public Affairs Unit (PAU), told the Ghana News Agency that the cause of the fire as well as the value of damage caused were not immediately known.

DSP Tenge said there was no casualty.

Giving the facts, she said the Police Command received information about the fire outbreak at the Regional Office of the EC in the early hours of Friday.

She said four fire tenders from Amasaman, Kotoku, Nsawam and Abelemkpe were brought in to quench the fire and provide security.

"Police officers from the Division were also deployed to provide security for the Fire officers," she said.

The Head of the PAU said the room that stored used electoral materials was razed but the fire was brought under control at about 0500 hours.

The Greater Accra Regional Director of the Commission, Mr. Kwame Amoah, informed the Regional Police Commander DCOP Mr. Afful Boakye Yiadom, who was at the scene, that the incident would not affect the recent registration and the upcoming December 2020 elections in areas under its jurisdiction.