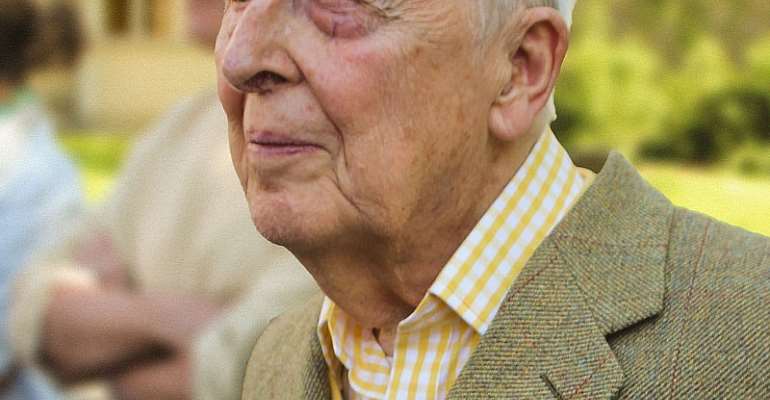 Daniel Cordier is one of only four still alive known as the Companions of the Liberation, working to free France from the sway of Nazi Germany from 1940 alongside Jean Moulin. France's prime minister Jean Castex paid a special tribute to him on Monday, on the occasion of his 100th birthday.

"Daniel Cordier is 100 today. He was only twenty when, alongside Jean Moulin, he took many risks so that we would live freely," wrote French Prime Minister Jean Castex on Twitter.

"Today, let us honour the resistance fighter, the companion of the Liberation, but also this unique story which became History," continued the text, posted beside a photo of Cordier as a young man.

Cordier celebrated his birthday with a small gathering at his apartment in Cannes (Alpes-Maritimes).

He did not accept the defeat of French forces against Hitler's Germany in 1940 and chose to join the Resistance, led by General Charles de Gaulle who made his famous call to arms from London.

Cordier left for England in June 1940 was trained in resistance techniques at the French base in England and became a radio operator.

Parachuted into Lyon, in the free zone in July 1942, he met Jean Moulin, alias Rex, at the restaurant Le Garet. Moulin was a legendary figure of the Resistance, but Cordier only found out about the extent of his role after the war.

Cordier was taken on as personal secretary to Moulin, who he described as "always wanting to see what was going on, who was coming and going, he was always on the alert."

Cordier handled all correspondence and radio contacts between Moulin and the headquarters in London.

The men, who came from different backgrounds formed a formidable partnership which would end up influencing Cordier's political choices and his career later in life.

After Moulin was arrested and tortured to death in 1943, Cordier returned to England, where he became an art dealer.

He also wrote two notable historical books on Moulin's exploits during the Resistance after thirty years of silence, as well as his own memoirs under the title Alias Caracalla published in 2009.

Marking the 80 years since de Gaulle's call on 18 June, the British prime minister Boris Johnson named the four 'companions of the Liberation'  (Edgard Tupët-Thomé, Pierre Simonet, Hubert Germain and Cordier) honorary members of the Order of the British Empire.

Daniel Cordier was presented with this honour by Ed Llewellyn, the UK ambassador to Paris in July 2020.