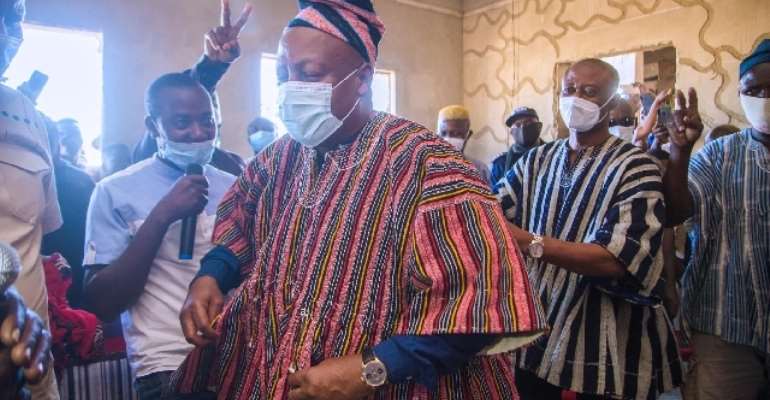 The Bole Traditional Council has said the conferment of the title “Chief of Truth” on former President John Mahama was done with the blessing of its traditional leader and, thus, must be regarded as such.

Reacting to a letter circulating on social media making claims to the contrary, the Bole Traditional Council, under the leadership of Bolewura Sarfo Kutuge Feso (I), said the correspondence was fake.

The statement continued: “His Royal Highness Bolewura Sarfo Kutuge Feso (I) distances himself from the fake letter and its content entirely.”

It added that: “The title Kashintenwura, ‘Chief of Truth’, that was conferred on John Mahama was done with the blessing of Bolewura Sarfo Kutuge Feso (I) through the Council of Elders and it is still regarded as such.”

He, on 6 August 2020, wrote: “My chief, Bole Wuraa Sarfo Kutuge Feso I, and his elders surprised me with a new title, Chief of Truth, during my visit to Bole on Wednesday.”

The flag bearer of the NDC, who was touring the Savanna region, said: “I thank them and the good people of the Bole Bamboi Constituency for their loyalty and support to the NDC and to me, since my entry into politics in 1996”.