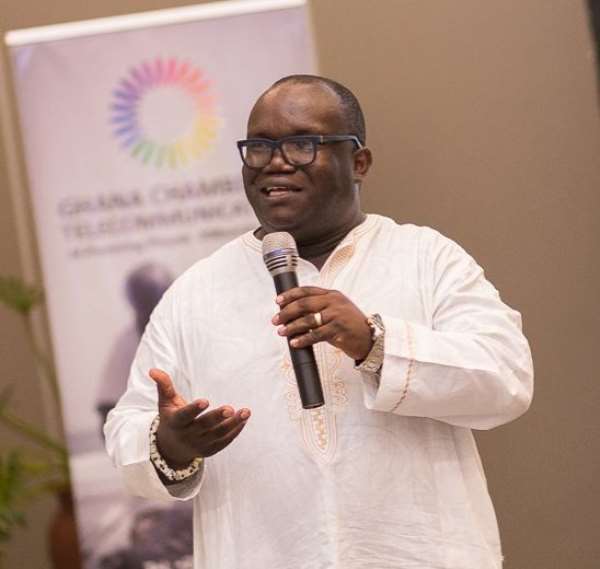 The Ghana Chamber of Communications has refuted the claim that the implementation of the Common Platform (CP) has uncovered under-declared taxes by mobile network operators.

The Minister of Communications, Ursula Owusu-Ekuful was answering questions on the floor of Parliament on Friday, August 7, 2020, when she said an estimated amount of GHS300 million in taxes was saved between the first quarter of 2017 to date as a result of the implementation of the CP.

The Chief Executive Officer of the Chamber, Kenneth Ashigbey in a statement, however, rejected the claim.

He pointed out that network operators have over the years shown an “exemplary record of tax compliance as well as delivering on all their tax obligations.”

While asking the government to engage members of the Chamber before making such claims, Mr Ashigbey also expressed his outfit’s willingness to address these allegations.

“We are humbly entreating the Government to engage with our members and all other industry players on serious reputational issues such as these before conclusions are drawn and same circulated with the public.”

“We also will seek an audience with Parliament through the Select Committee on Communications in the ensuing days to engage them adequately in addressing these allegations which have serious reputational effects on our businesses both in and out of Ghana.”

The Minister for Finance and the Minister for Communications are to establish a common platform as a mechanism for verifying the actual revenues service providers accrue for the purpose of computing taxes.

KelniGVG was hence contracted in 2017, to build and operate the Common Monitoring Platform which is an integrated single platform connecting to nodes in the networks of all Mobile Network Operators (MNOs) and the Interconnect Clearinghouse (ICH) where traffic and revenues can be monitored.

Member of Parliament for Ningo Prampram, Sam George has also asked the government to provide more clarity on the revelation that millions in under-declared taxes were saved in the telecommunications sector since the implementation of the Common Platform.

He further said the government needed to be impressed upon to “commence prosecution of these MNOs [Mobile Network Operators] if the claim by the Minister is true.”