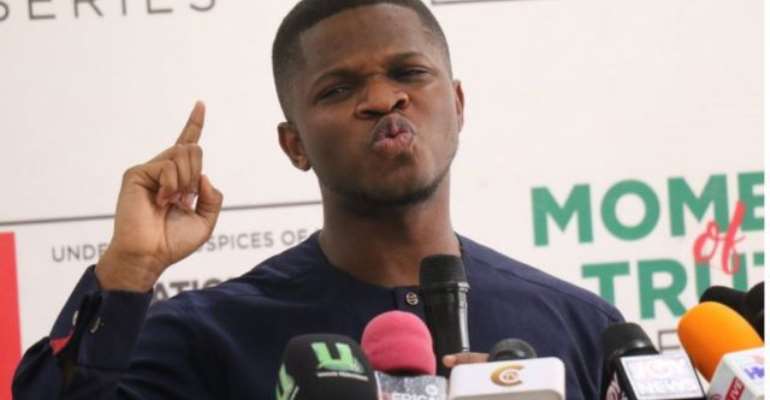 The NDC Germany chapter has learned with shock and utter dismay the threat on the life of Mr. Sammy Gyamfi, our National Communications Officer by Mr. Kennedy Agyepong.

What is more disturbing is his open declaration that he can silence Mr. Sammy Gyamfi within three minutes.

Fellow Ghanaians, on an ordinary day, such loose talks could have been ignored but coming from a sitting member of Ghana’s internationally respected Parliament and on the heels of the mystery and brutal murder of Mr. Ahmed Suale through similar actions and the questionable murder of a sitting member of parliament, Hon. J.B Daquah in an unexplainable manner, NDC Germany has no choice but to condemn the unguarded threats declared on the life of Mr Sammy Gyamfi.

Though Mr. Kennedy Agyapong is unchallenged and supreme when it comes to verbal abuse to many Ghanaians and institutions, we are calling on the Christian Council, the Civil Society Organizations, the Catholic Bishops Conference, the security services: Police, and the Military to call him to order and condemn his actions. Let’s not wait till what happened to the likes of Mr. Ahmed Suale and Hon. J.B Daquah to repeat itself before we act.

If Parliament is indeed a revered house governed by standing orders regulating the behavior of its members, we call on the speaker of Parliament to bring Mr. Kennedy Agyapong to order.

Mr. Sammy Gyamfi has not made any personal statement that warrants such threats on his life. Mr. Kennedy Agyapong as Member of Parliament should know better and act appropriately should any statement made by Mr. Sammy Gyamfi constituted a threat to public peace.

From today onwards should anything untoward happen to Mr. Sammy Gyamfi, Mr. Kennedy Agyapong should be held accountable. We in the NDC shall ensure that the country will be too small to contain him.

Together we shall win.