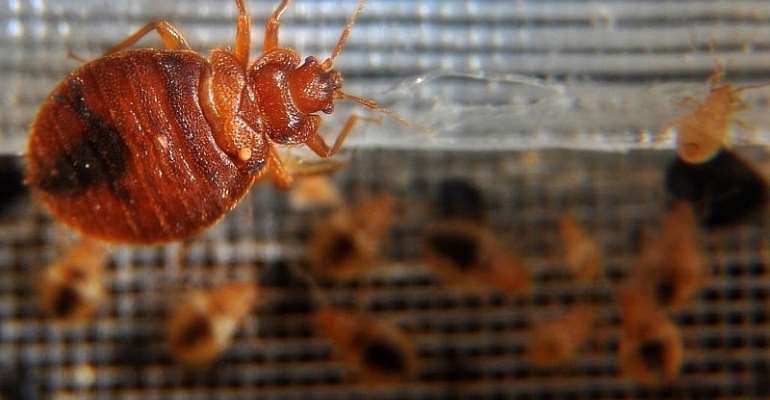 With pests like bed bugs found in every region of mainland France, the risk of picking one up this summer when travelling is significant. Every year, over 70,000 people consult their doctor for bed bug bites, according to a new study. So much so, that the uninvited guests are now considered a public health issue.

For most people, bed bugs are associated with the popular nursery rhyme: "Sleep tight, don't let the bed bugs bite." However, for some 70,000 people in France, the tiny creatures are a living nightmare.

More and more people are consulting doctors for itchy red bump marks – 109 people out of 100,000 inhabitants, according to latest figures published in a new study by the national institute of health and medical research (Inserm) and the Sorbonne University.

Researchers say the increase in bed bug numbers seems to correlate with the warm spring and summer temperatures.

The worst affected regions are Auvergne, Rhône-Alpes and Paca in southern France, according to the daily Le Parisien.

The study also points out that “the treatment methods used are often considered ineffective by patients”.

Ninety-eight percent of individuals are treated for itchy bite marks but an increasing majority are also seen for emotional distress, with some reporting being too fearful to sleep.

"Thirty-nine percent of patients suffer from insomnia," explains the Directorate General for Health, which financed the study.

"The same amount of people felt that bed bug infestations had affected their professional, family and social life," the body said.

It said it was treating the problem as a public health issue, and vowed to get he problem under control.

The Directorate General for Health will "refer the matter to the National Agency for Food, Environmental and Occupational Health Safety (ANSES) to update the recommendations on effective methods for getting rid of bed bugs", it said.

In February, French authorities unveiled a prevention campaign to eradicate bed bugs, which increased by 30-35 percent last year, partly due to the boom in cheap global travel.

Bed bugs can hitchhike undetected on bags or shoes.

The uninvited guests are shaped like tiny flat ovals. Adults are as big as an apple seed, but they are resilient and can go for more than a year without food – the preferred source of which, of course, is human blood.

French authorities are counting on prevention rather than a cure because getting rid of bed bugs is not only expensive but can also be very difficult.

To help tackle the problem bugging the population, the government has set up a special local hotline (0806 706 806). It also has a dedicated site Stop-punaises.gouv.fr for anyone seeking advice on how to remove the unwanted guests and report new infestations.