Controversial 'families without fathers' bill back before French parliament 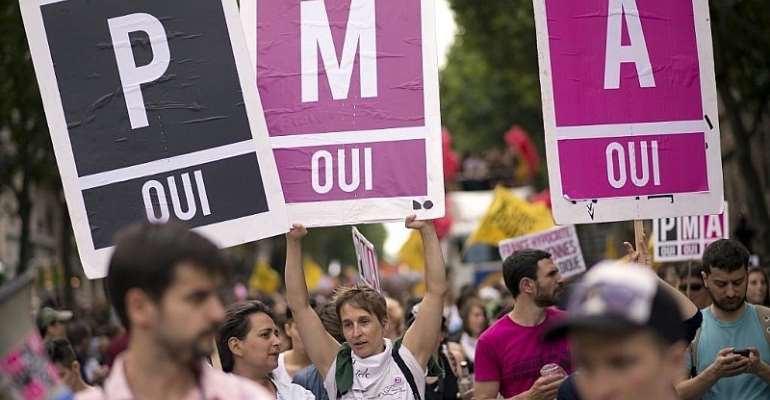 A divisive bioethics bill has returned to France's National Assembly after no fewer than 2,300 amendments were made in the Senate. The legislation proposes to make medically assisted parenthood available to all women. The political right-wing and many Catholic organisations fiercely oppose it, saying it will create families without fathers.

This is the second parliamentary debate on the bioethics bill. Twenty-five hours of house time have been allocated, but most commentators expect the discussions to last at least twice that long. The first reading of the bill, in October 2019, took two and a half weeks.

Medically assisted parenthood for all women was an election promise made by Emmanuel Macron.

Health minister Olivier Véran says the proposed law offers "major social, medical and scientific advances...which have been called for by a majority of the French population".

Opponents of the bill say it is unreasonable to squeeze such a delicate debate into the closing hours of the summer session of parliament.

The right-wing MP Xavier Breton (Les Républicans) is quoted in this morning's conservative Le Figaro newspaper as decrying an attempted "parliamentary coup" with the danger that "the bill will be taken hostage by militant MPs".

Despite a rejection of the bill by most right-wing parliamentarians after the October debate, the ruling Republic on the Move (LaREM) party has attempted to keep this legislation above the level of partisan politics. "This bill is neither of the left nor the right," insists majority MP Aurore Bergé.

Maxime Minot, one of the few right-wing lawmakers to publicly support the bioethics legislation, has received online death threats because of his position.

There are known to be several dissenting voices within LaREM.

The ruling party's house leader Gilles Le Gendre, has pleaded with members not to yield to the temptation to reopen discussion on topics which have already been decided.

The Conference of French Bishops, the local directors of the Catholic Church, has repeatedly stressed the hierarchy's opposition to the bill.

The French anti-abortion association Alliance Vita, founded in 1993 to participate in the bioethics debate, says the government has committed "grave errors...by the nonsense of such a law, which is now to be discussed in the heart of summer".

The Catholic activist group La Manif pour Tous, which campaigned against an earlier law allowing homosexual marriage, has promised to protest outside the French parliament during the debate.

Some Catholics are worried that the legislation will allow the introduction of surrogate motherhood, opening the door to "wombs-for-rent", where a woman is paid to carry a child for another. The government has said it is not in favour of such an extension of the law.

In an article in centrist newspaper Le Monde, ruling-party MP Jean-Louis Touraine defends the government against accusations of "eugenicist thinking", saying the proposed broadening of pre-pregnancy screening in the bioethics bill is simply intended to reduce the number of miscarriages.

The parliamentary right has promised that there will be no easy passage for this law.

The prime minister Jean Castex, formerly a member of the conservative Les Républicans party, has refused to state his position on the bioethics legislation.