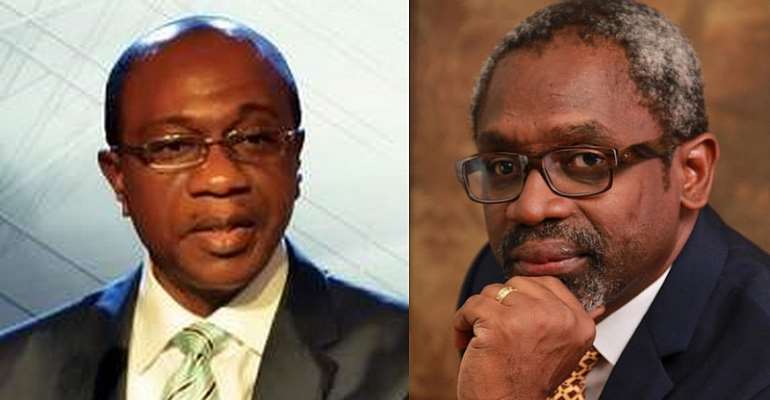 By the December of 2019, the Speaker of Nigeria’s Federal House of Representatives, Hon. Femi Gbajabiamila, was initiating a bill on the floor of the House which was to constitutionally consolidate basic education as the right of the Nigerian child. Whether that bill has passed through the necessary hurdles and has been given the presidential assent is yet unknown to many Nigerians, including myself. But it is on record that the Speaker eloquently defended why he believed that an amendment to the current constitutional provisions for the welfare of the Nigerian child by the House of Representatives had become imperative, as it were.

The bill had sought to amend the Chapter in the 1999 constitution that addressed such fundamental rights of the Nigerian child as the right to life and freedom of expression to include the right to basic education as one of the cardinal rights of the Nigerian child. Gbajabiamila saw the need for every Nigerian child to be entitled to free education in all government-owned primary schools and was of the opinion that parents could sue any school that defaulted on the provisions of the intended law.

He said he sponsored the bill because he was desirous to see that the word “illiterate” was expunged from the lexicon of the people of Nigeria. At the time he sponsored the bill, he said: “education is not a privilege but a right. If made a fundamental human right, the government at all levels would be mandated to make it a national policy. We believe no child must be left behind. We must obliterate completely the word “illiterate.”

In a country where about 10.5 million children between the ages of 5 and 14 are out of school, Mr. Gbajabiamila’s concern is quite understandable. But there is also a need for government to monitor its success or failure in the exercise. In a country where education is said to be free and compulsory, while it is free, how compulsory is it in actual fact?

I hasten to raise this awareness because the last time I was in Nigeria on vacation, I met so many young adults roaming the villages. I called some of the teenagers and asked why they were not in school. And the general attitude was that they were not of school age and they were about 18, maybe 19. I think government should follow up this flawed mental attitude of many young people in the rural areas particularly, and make them realize that there is no age anyone can say “I’ve known it all!” School is for any and every age. What is needed most is, first, the understanding that one needed to improve on one’s skill and secondly, to summon the courage to face whatever it would take to be educated.

Looking at the scenario from that perspective, I think the Federal Minister of Education, Mr. Adamu Adamu’s appeal to the World Bank to assist it move half of the current 10.5 million out-of-school children in Nigeria back to school comes as appropriate and perhaps timely. Apart from offering Nigerian children free and compulsory basic education, the education leaders in the country should also consider the fact that they cannot afford to waste the potentials of the cream of their society just because parents were unable to cope with the payments of their children’s education at the tertiary level.

So, while there is a need to ensure that every Nigerian child is compulsorily and freely educated at least up to junior secondary school level with the introduction of the constitutional amendment initiated by Gbajabiamila, it has also become somewhat mandatory to put in perspective the millions of Nigerian children who have the brain and the desire to further their education to university level but are handicapped by financial constraints.

Here in the UK, government made provisions for student loan companies to handle matters like that. Student loans are offered to students who are looking to acquire a degree for the first time. It is the same even if the applicant paid with his own money to acquire a prior degree. Generally, the loans come in two categories which take into account the nature of the expenses the applicant would be obligated to cover and those are usually the tuition fee loan and maintenance loan.

Full-time students at publicly-funded universities are eligible to apply for tuition fee loans. They would be able to borrow money to pay for university or college tuition and to help with living costs. They could also get some extra money on top of that, for example, if they are on low income, or they are disabled or they have children. Nigerian government under President Buhari can conveniently emulate this British initiative without blinking an eye – in the spirit of advancing the course of democracy.

Just recently, I read that the President approved the release of N75 billion to the Youth Ministry, ostensibly to create the impression that he actually cared about the country’s young adults. Maybe he actually does. Maybe it is part of what has come to be known as “political hedging”. But be that as it may, such huge sums of money in future should be invested in student loan companies. It is a better way of investing in the future of the country. At least as experienced graduates leave the country in their droves in search of greener pasture abroad, they are replaced with the young and less experienced ones who will stand in the gap.

In the UK, the student’s loan arrangement is very simple to appreciate. The moment a student gains admission into a college or university, he is able to borrow money from the loan company to pay the university or college tuition fees and to help with living costs. So, his heart has no reason to palpitate when he thinks about how to raise money for college or university education. He might even get extra money on top of tuition and maintenance, for example, if he is on a low income or is disabled or has children.

Before a student applies for a students’ loan, he will be properly briefed in the documents he will sign. He is told he would start repaying the loan once he earns over a certain amount as salary after graduation. The amount is also stipulated in the form he will fill. And he doesn’t pay anything until he has started working and earning up to or above that amount. The size of his monthly repayments will depend on how much he earns, not on how much he owes. He is told in the document that he would be charged a certain percentage interest on the loan from the day he takes it out.

The terms and conditions might change at the instance of the loaning body. If the student is under 25 and has no contact with his parents, he might be able to apply as an ‘estranged student’. He can also give someone permission to act on his behalf, for example using the Power of Attorney if he wanted someone else to apply for him. New full-time students can apply for tuition fee loan and maintenance loan. The university or college sets the tuition fee, and the loan is paid directly to them. But the student has to pay it back.

A full-time student might get up to £9,250 in one academic year. If the applicant is studying an accelerated degree course, he could get up to £11,100. He may have to give details of his household income if he lives with his parents or is working part time. That might affect his chances of getting a loan. But if he gets it, the money is paid directly into his bank account at the start of each semester. But again he will have to pay the loan back. A full-time student going to college or university from home might get up to £7,529 or up to £7,747 for the year.

I think Gbajabiamila should follow up his initiative and get the House to establish a Student’s Loan Company or even companies. Students can then borrow for tuition, accommodation and feeding in relation to the tuition fees stipulated by their university. They are told how much to repay including the interest, usually about 5%. They go to university and when they graduate and start working, they begin to pay back to the loan companies so that others can also go to school without overstretching poor parents. The university liaises with the loans company to keep the graduating student’s certificate after graduation as collateral for the loan, until he completely repays the loan.

There has, however, been some argument about the ability of the Nigerian government to manage this proposal. But if you ask me, it is one of the easiest things to manage. All it requires is coordination with the Ministry of Labour and Employment, the Banks which will monitor accounts of loan beneficiaries to know when they get a job and how much they earn via their BVN and the loan companies. If the government can manage the NYSC programme, there is no reason why it cannot manage a student’s loan company or its beneficiaries. Under Buhari’s watch, government should consider adding this development to its achievements. Student’s loan companies have become necessary in Nigeria.