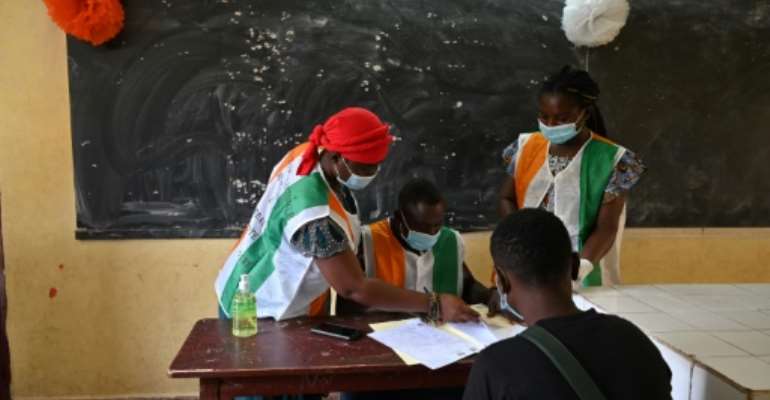 It said a postponement was supported by a ruling last week by the African Court on Human and Peoples' Rights, declaring that local electoral commissions were unbalanced.

The vast majority of the 558 local commissions are chaired by President Alassane Ouattara's RHDP party, according to official figures.

The opposition Democratic Party of the Ivory Coast (PDCI), which had sought the court's ruling, said the upcoming vote, due on October 31, had to be postponed.

"For peace, stability and the credibility of the electoral process, if we need to push back the date a bit, we will see no inconvenience. The essential thing is that we guarantee a credible vote," PDCI spokesman Jean-Louis Billon told AFP.

The delay "should not last more than 12 months," he said.

Ouattara's regime interprets the court's ruling differently, arguing that it vindicates the CEI as being independent and fair.

The 2020 presidential elections are set to be tense after years of political turbulence.

In 2011, Ouattara, at the head of a rebel force based in the Muslim-majority north of the country, ousted then president Laurent Gbagbo, who had refused to leave office after losing long-delayed elections.

The months-long standoff claimed around 3,000 lives and dug a division across the country.

The outcome of October's ballot has become uncertain after the sudden death this month of Prime Minister Amadou Gon Coulibaly, a popular figure seen as Ouattara's anointed successor.

His death has stirred speculation that Ouattara may opt for a third term if his RHDP party cannot settle on a different candidate.

The move could spark accusations of abuse of democracy under the country's two-term presidential limits.

In March, Ouattara decided not to seek a third term, but has previously argued that the constitutional change reset the clock, enabling him to do so.

The field of candidates for the top job is growing, with former foreign minister Marcel Amon-Tanoh announcing on Wednesday that he would run in the election, though he did not say whether he had the backing of a party.

The PDCI is expected to officially pick party chief Henri Konan Bedie, a former head of state, as its candidate during its convention which begins on Saturday.

Another opposition party, the Ivorian Popular Front (FPI), is split in the absence of its historic chief Gbagbo and has yet to name a champion.

Former rebel chief and ex-premier Guillaume Soro has said he will contest the vote, but lives in self-imposed exile in France.

He has been sentenced in absentia to a 20-year jail term in Ivory Coast on charges of attempted insurrection.