It's hard to leave a Cape Town gang. But these men's stories show that it's possible

By Dariusz Dziewanski - The Conversation 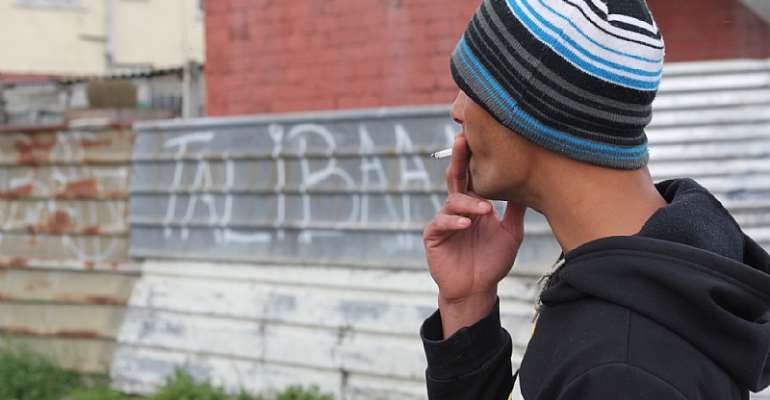 Cape Town, South Africa, is a city of almost four million people. Many know it as a premier tourist spot and a World Design Capital . Fewer know it is Africa's deadliest city . Gang violence accounts for about one third of its murders, an average of about two gangland killings every day.

The city has anywhere from 90 to 130 gangs, with an estimated 100,000 members . For some residing in the many townships on the city's periphery, joining a gang offsets a lack of development and governance and offers possibilities for protection , income and esteem .

The general impression is that joining gangs is a death sentence. “Blood in, blood out” is a well-known Capetonian axiom. The same message is echoed in news reports about ongoing gang wars .

But this isn't the whole truth. People do leave gangs, and create new lives for themselves. I explore this in my recent research .

“It was too hot man. Other times were also hot – nah – but this… and with my age, you understand.” At 43, Alfred had been a gangster long enough to acquire five “death spots” on his body, places where he was shot and stabbed while a member of the Scorpions and later the Americans.

It was a time in my life that I must take a boundary, to say this is finished now.

His exit from Cape Town's largest gang came after surviving a bullet to the head. Alfred is not your typical near-death epiphany though.

Revenge was his initial reaction. “I planned again that I must ambush the whole family of them (that shot me),” he admitted. Yet, on the day of planned hit, he had a change of heart and went instead to the hospital that had treated his gunshot wounds to get connected to a safe house. That was the beginning of his transition out of the streets.

Alfred is one of 24 former gang participants whose life histories were included in my study. In it I consider gang disengagement in Cape Town from the perspective of the four phases of role exit theory : first doubts, seeking alternative roles, turning points and new role creation. Doubts are experienced when members start to question their commitment to gangs. The second stage involves evaluating alternative social roles. Turning points activate role exit in stage three. The final transition stage requires accepting the expectations and identities associated with becoming an “ex”.

My study found that many years may pass between first doubts emerging and a person successfully becoming an ex-gangster. Progress through the different phases of gang exit is generally difficult, uneven, and unpredictable. If the right exit opportunities do not exist, social, economic, and security challenges can counteract the desire to get out.

The story of 37-year-old Ibrahim shows how circumstances can affect opportunities to fully become an ex-gangster. After 13 years as an Americans member, Ibrahim told me that his final turning point came after a deadly dispute with two fellow Americans. “The one who accuse me came in for the second shot (at stabbing me). But at that time he came straight into my knife. I stab him straight into his heart,” he said. Many initial inhabitants of the Cape Flats were forcibly evicted from the city centre by the apartheid government. Dariusz Dziewanski

Violent incidents like this one helped raise doubts and sparked turning points for many study participants. Police ultimately determined that Ibrahim acted in self-defence. The Americans' leaders agreed. But the siblings of the man he killed – both Americans – vowed retribution.

Because Ibrahim is unable to find steady work, he is stuck in small shack behind his family home. It is directly across from an Americans hideout where one of the siblings stays. Even if they “look every day in each other's faces,” Ibrahim has little choice but to keep confronting his past. “I'm just doing what I must do, and nothing else”, he says.

The US flag still dominates the wall of his cramped wooded dwelling, but he insists that this important symbol of the Americans gang merely offers cover after disengagement. “I think they (are) going to kill me… This is only a way of showing them the flag is still here, but (really) it does not mean I am an American.” The strategy might keep Ibrahim alive, but it might also keep him partially embedded in his former gang role.

If he does not maintain a safe distance from gang associations and activities, he could be dragged back. Yet, if he does not show the gang that “the flag is still there” he risks being killed. Should this uneasy ceasefire falter, Ibrahim is prepared to fight for the freedom he has secured, returning to a type of street violence typically reserved for gangsters.

Just because of me trying to do the right thing, does not mean I am losing this power. I have it. I can still do what I have to do.

In an ideal world, criminologists Decker, Pyrooz, and Moule state that when “someone reaches the final stage, postexit validation, the role transition should be complete and the gang member of yesterday should be superseded by the father or mother, husband or wife, and employee or employer roles of today”.

Ibrahim's situation is unfortunately far from ideal. It demonstrates that declaring oneself an “ex” is not enough to leave gangs. The vast majority of those in this study did disassociate totally. However, all faced restricted movement, threats from former rivals, stigma from community, criminalisation by police and inadequate job prospects.

Gang disengagement programmes are essential to helping individuals like Ibrahim and Alfred out of gangs by overcoming such challenges. But because former gang members are usually left coping with the same circumstances that originally pushed them into gangs, larger structural reforms are also needed to address the poverty, inequality, dearth of housing, inadequate policing and lack of services. These factors drive gang membership in Cape Town. Interventions need to fight gangs holistically, whether they are trying to get people out of gangs or help them avoid gangs in the first place.

Dariusz Dziewanski does not work for, consult, own shares in or receive funding from any company or organization that would benefit from this article, and has disclosed no relevant affiliations beyond their academic appointment.

Inside Politics: Political Quotes
Catch up with all the political quotes from our politicians.
Sponsored
More Article
Modern Ghana Links
Why healthy food and its local production should be part of the COVID-19 response
How African body markings were used to construct the idea of race in colonial Brazil
South Africa's immunisation record risks being dented by anti-vaccination views
Scholarships alone are not enough to get more qualified female teachers into Nigeria's schools
How South Africa can prepare for a data-driven education system
Vaccine production in South Africa: how an industry in its infancy can be developed
Pasha 93: Nigeria doesn't have a coherent COVID-19 vaccine plan. What's needed
Ethnic conflict could unravel Ethiopia's valuable garment industry
South African internal migrants fare better in the job market in two regions
Election Reports Quotes Dossiers
TOP STORIES