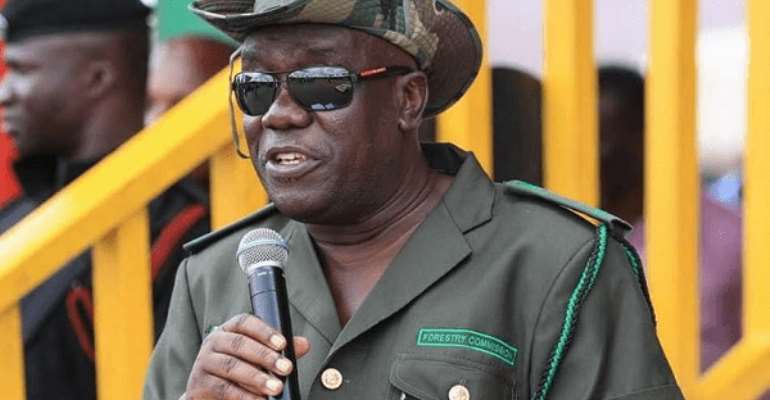 With Sir John’s untimely death, we have lost not only a great soul in Ghana but a thoroughbred Asante as well. Late Kwadwo Owusu Afriyie, popularly known as Sir John’s final visit to the village is still a shock to me and all our dear friends. It will take a long time to handle this grief and we will forever miss him.

We entered universities in the same year, he went to the University of Ghana and I went to the University of Science and Technology, now Kwame Nkrumah University of Science and Technology (KNUST). Our parts intertwined when Late Mr Amo Kwabena (Osei Prempeh), Mr F. F. Antoh, Dr Richard Anane, and myself formed Asante Students Union (ASU) in 1979 in KNUST, to organize, inspire and develop students of Asante origin. We subsequently went to Legon to develop an ASU branch there and naturally connected with Sir John and the network of Mr Dua Adonteng, Prof. Konadu, Mr Osei Akuoko, Mr Victor Owusu, among others. The bound was formed there and then and I know it will never be broken even after death.

Sir John was such a sacrificial human being. He was willing and capable of doing any assignment without complaint. His great works in the corporate boardrooms, high governmental negotiations, to all manner of political intricacies, and all the way to working with different kinds of down-trodden people so efficiently and with terrific humour was legendary. No wonder he sometimes called himself ‘Mr Utility Man’ and we all called him so in agreement.

Sir John was principled and blunt with the truth. He had very logical arguments and held on to his core believes of Adventist Christian doctrine, pure Asante traditional values and unyielding democratic principles to the last letter. Nevertheless, he respected varying opinions and interfaced with all kinds of people with ease. Sir John not only survived in every environment, but he thrived in all manner of challenges. Sir John was loyal to a fault and helped a great many people.

Few years before the 2016 elections it became clear that he needed to attend to his ailing knee and yet he tried hard to postpone his medical care ostensibly till after the elections. I was charged to convince him to come abroad for medical attention. When I called one evening he told me: ‘Kwame If even I have to sit in a wheelchair to campaign for Akuffo Addo I will do so, as I am needed in Ghana’. I had to use all my wit to convince him that we can use high tech medical means to help him to recover and return on time to help with the campaign. Finally, he agreed, got the medical attention and quickly rushed back to Ghana to help us win the 2016 elections. Such was the man Sir John that I loved and respected and will always do. So humble and committed was he that when he did not get the post he anticipated in the new government, he made light of it and stated he was afraid of the sea and is a forest man so he was going back to his roots as CEO of Forestry Commission. That was a sacrifice for the love of party and country.

When he noticed that our political fraternity was not good with Media relationships especially when it comes to propaganda, Sir John juxta positioned himself to coordinate and aggressively involved himself in all manner of media antics to keep our message crisp with the people. He used his natural jovial manner and impeccable use of Twi proverbs and jokes to effectively sell our noble message to all. He had to over-perform to compensate for NPP challenges.

We have really lost a major political guru and people’s person.

Late Kwadwo Owusu Afriyie came from humble beginnings and rose-up high but he never forgot his roots. He was proud of his rural upbringing and living. His love for people shone, even more, when they faced challenges.

Kwadwo, you did your bit and played your part appreciably and We pray God Almighty to keep you save and give you eternal rest.

We will never forget you even in death, we are part of your family and will remain so till we meet again.

(Former Ghana's Ambassador to the USA)