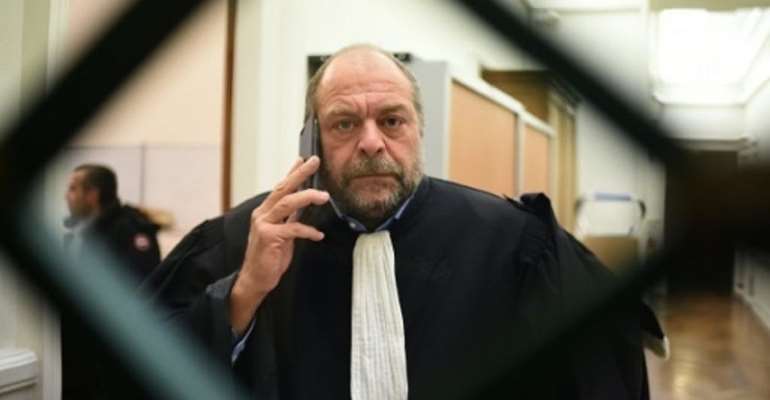 One of the big surprises of a new French government designed for closer oversight by President Emmanuel Macron is the arrival of Eric Dupond-Moretti, a high-profile defence lawyer whose appointment as justice minister has raised more than a few eyebrows.

Eric Dupond-Moretti is one of few lawyers who could stake a claim to being a household name in France.

The 59-year-old, who comes from a working-class family in northern France, is widely known for representing high-profile defendents such as Wikileaks founder Julian Assange, the brother of Toulouse jihadist Mohamed Merah, footballer Karim Benzema and rogue trader Jérome Kerviel.

Dupond-Moretti's nickname, “L'Acquittator”, is a portmanteau of the words “acquittor”, a reference to the 145 acquittals he has won for clients accused of serious crimes, and “matador”, a reference to his style and enthusiasm for bullfighting.

His romantic partner is Canadian singer Isabelle Boulay and he hosts a show on Europe 1 radio.

But his appointment as justice minister provoked a mix of reactions on whether he was the right person to guide the government's penal policy and its relations with the judiciary.

Mixed response in legal system
Long a vocal critic of the magistrature, which in French civil law includes both prosecutors and judges, Dupond-Moretti called in June for “a system that holds judges to account, because they pass through the net whatever happens.”

“Appointing someone so divisive and with such scorn for the judiciary is a declaration of war,” said Céline Parisot of France's largest magistrates' union, USM.

Lucille Rouet, national secretary of the second-largest union SM, was more restrained, saying she was “surprised, given some of the language he's used for the magistrature”, but added that Dupond-Moretti was “a legal professional who knows the judiciary, not a politician. We expect him to defend liberties and show courage.”

His appointment was viewed in a more positive light among lawyers.

“I see it as a sign of appeasement, the government extending a hand,” Christine Féral-Schuhl, lawyer and former president of the Paris bar, told RFI. “He knows the problems we face first-hand, and we really hope he will hear us and be our voice.”

Calls to ban party of Marine Le Pen
While he has defended right-wing politicians, most recently in the corruption trial of Patrick and Isabelle Balkany, Dupond-Moretti is situated on the left of the political spectrum.

He supported the 2011 Socialist Party presidential primary campaign of Lille Mayor Martine Aubry in 2011 and called for the far-right National Front party, since renamed the National Rally (RN), to be banned.

“The new justice minister is a far-left activist who wants to ban the RN,” tweeted party leader Marine Le Pen with a link to an interview in which the lawyer said the party was “not a republican party, it must be banned”.

Will he last?
Dupond-Moretti inherets a portfolio that will see him dealing with reforms concerning juvenile delinquency, overcrowding of prisons and monitoring of suspected terrorists.

Will he see them through, or will he follow a similar path as previous figures from civil society whose associations with Macron ended in disenchantment?

Environmentalist Nicolas Hulot served just over a year as minister for ecological transition before resigning over what he called an “accumulation of disappointments” in August 2018.

Former olympic fencer Laura Flessel, whose work on the 2024 Paris Olympics as sports minister made her one of the most popular members of government, resigned in September 2018 citing “personal reasons”.

Fields-medal-winning mathematician Cédric Villani, elected an MP in Macron's Republic on the Move party in 2017, was excluded from the party when he ran against the president's choice to be mayor of Paris.

At very least, political commentators viewed the appointment of Dupond-Moretti, as well as that of Sarkozy-era minister turned television commentator Roselyne Bachelot as culture minister, to be the exceptions in an unimaginative and technocratic government.

It was also questioned whether the pair would be loose cannons in a government some see as an attempt of Emmanuel Macron to come out from the shadow of popular former prime minister, Edouard Philippe.

Dupond-Moretti and Bachelot “will relentlessly break the codes”, wrote Grégoire Amir-Tahmasseb of newspaper L'Union. “It's going to be a matter of controlling them.”