Macron and Merkel meet ahead of decisive German presidency of EU 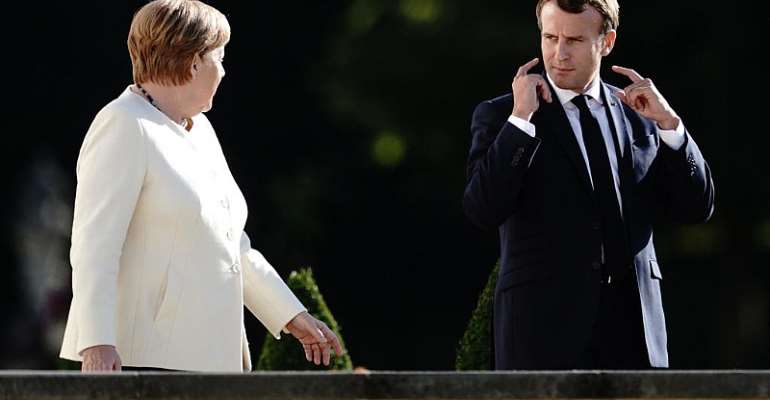 “We're confronted by economic challenges the likes of which we haven't seen for decades,” said Merkel, who hosted Macron at Schloss Meseberg, a palace 65 kilometres north of Berlin.

The meeting comes as Germany assumes the six-month rotating presidency of the EU Council on 1 July.

The Franco-German alliance has outlined a rough plan for the fund, but it has fallen foul of more economically cautious countries like the Netherlands and Austria.

Southern European countries, such as Italy and Spain, who have been hit hard by the Covid-19 pandemic, are calling on the EU to make more money available to deal with the economic aftermath of the coronavirus.

Merkel said she hopes that debate will result in a “strong instrument” that will help countries strongly affected by the pandemic.

Macron took a tough stance on countries who are holding out, saying it would “not be in their interest” to torpedo a deal that could help countries who play a significant role in the European economy.

“It's solidarity to have this transfer but also it is in their own interests," said Macron, according to the AFP news agency.

Germany's government has somewhat changed its usual position of fiscal discipline in reaction to the coronavirus crisis, supporting a considerable mobilisation of resources on a European level.

Berlin fared better in the health emergency compared to many other European countries. It has already tabled more than one trillion euros in additional spending, loans and guarantees to safeguard the German economy.

The EU coronavirus recovery fund will offer grants with no obligation for repayment to states hit hardest by the outbreak.

Merkel said on Monday that maybe more fiscally conservative or prudent countries could be convinced if beneficiary nations took action to improve their own economies.

Germany's presidency of the EU Council has until year end to get a deal done. Continued Brexit negotiations are also on the cards and in November the focus will be on US elections and possibility of President Donald Trump's reelection.

Shatta Wale to spend another night in police cell; to face c...
39 minutes ago