The Bigots Are the Name-Callers 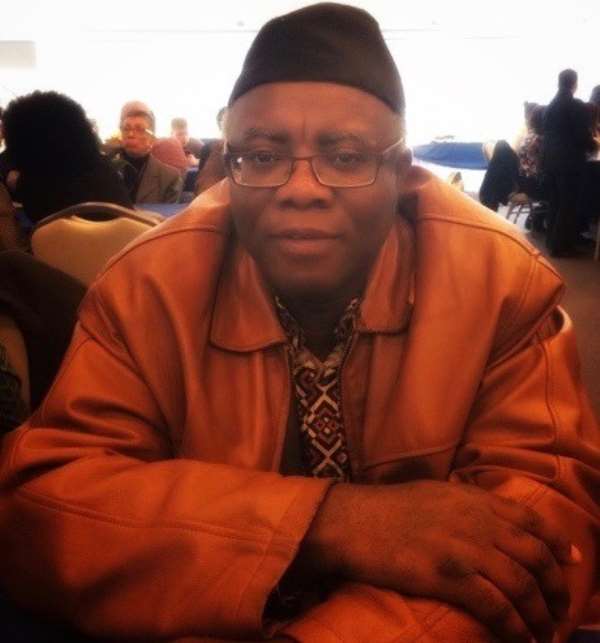 All he has to do, if the National Democratic Congress’ Member of Parliament for the North-Tongu Constituency, in the Volta Region, wants to see the real picture of an ethnic or tribal bigot, is to simply look at himself in the mirror. Not very long ago, after a radio station in his Parliament District that was broadcasting nation-wrecking programs was forced to close down, Mr. Samuel Okudzeto-Ablakwa was widely quoted by the media to be calling for a redistribution of the nation’s wealth. For a thief who once accused his houseboy of stealing about GHȻ 25,000 that Mr. Ablakwa claimed to have stashed in the trunk/booth of his car which had been taken to a car wash, it was not clear to me precisely whose wealth this Trokosi Nationalist Goon was looking forward to equitably redistributing across the country.

Indeed, if he really wants to know which ethnic group in Ghana has a preponderant production of bigots, Mr. Ablakwa had better take a critical look at the history of coup d’états in the country. The fact of the matter is that it takes bigots to wreck the civilized principles undergirding the robust and functionally democratic culture of any emulative Constitution Republic. In Ghana, I am afraid to say, all the three military putsches that toppled popularly elected governments in the country were led by undisciplined soldiers from one particular ethnic group or polity. There is also that old maxim which says that: “It takes one to know one/another.” The very salutary decision by the National Security and the Interior ministries to deploy troops into neighborhoods and communities across the country that are notorious for election rigging and other forms of criminal social disturbances, especially come election time and/or the voter-registration season will not be reversed, no matter the level of deafening decibels of noises that the bigoted likes of Mr. Ablakwa and some of his parliamentary and party associates of the National Democratic Congress (NDC) indulge.

For 20 years, the Akan-majority Ghanaian community had hundreds of thousands of AK-47 Assault Rifles trained at our heads by those who believed that they stood well over and above the civilized laws of democratic governance. Like the Modern Jews of the Post-Hitler or the Holocaust era, we the Akan-majority populace of Ghana and our staunch allies even in Mr. Ablakwa’s own neighborhood and constituency, we say: “Never Again!” In short, whether the people of the Ketu-South Constituency, in the Aflao area of Ghana’s southeasternmost border with the Kangaroo Republic of Togo feel intimidated by the deployment of personnel from the Ghana Armed Forces and the Ghana Immigration Service or not, is decidedly beside the point; all that matters going into the compilation of the new National Biometric Voters’ Register (NBVR) is that any possibility of the eruption of violence and mayhem will either be preempted or nipped in the bud (See “Ablakwa Rallies Volta MP Caucus to Storm Ketu-South Over Deployment of Soldiers” Ghanaweb.com 6/28/20).

Short of any untoward reports of Derek Chauvin-style mistreatment of citizens in the affected communities, the government has a bounden obligation to ensure that the integrity of Ghana’s electoral democratic culture is jealously guarded and protected. Of course, there will also be intransigent bigots like Mr. Ablakwa, who would unwisely attempt to buck the system. I am also quite sure that our National Security Forces stand at the ready to take care of such would-be nation -wreckers with the necessary countervailing force or more, as the situation and the circumstances may be deemed to demand or warrant. And to Mr. James Agalga and his red-herring argument: Nobody has said that people with dual citizenship in both Ghana and Togo cannot vote in Ghana’s election, especially if these “Togolese migrant workers” can also show that they have tax obligations in Ghana.

You see, you just can’t get up from Togo and go to the polls in Ghana to help elect our leaders and our governments, if you have absolutely no demonstrably viable stake in the affairs and destiny of our country. Even some locally prominent members and citizens of the Ketu-South District and Constituency are beginning to speak out and bitterly complaining that they are totally fed up with the outrageous practice of having Togolese nationals ferried across the border, and be illegally provided with the National Voters’ ID Card to enable these intruders to vote in Ghana’s elections or distort the choice of who deserves the mandate of bona fide Ghanaian citizens to govern, a practice that began at full-throttle with the emergence of the Rawlings-founded and headed National Democratic Congress.