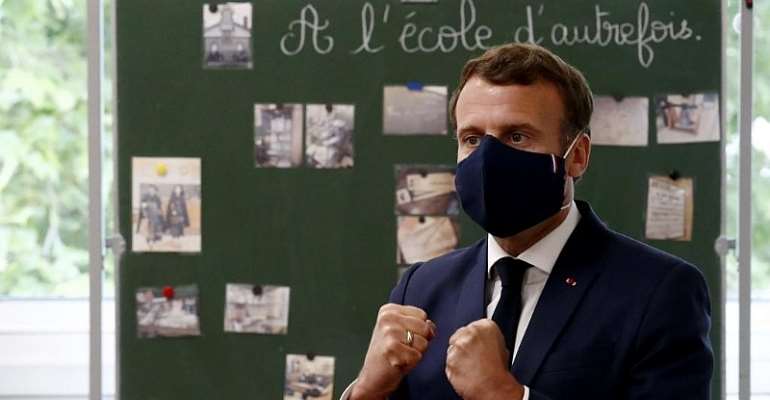 French President Emmanuel Macron has met defence and scientific council advisers to consider an early lifting of lockdown restrictions, amid heightened calls for France to reopen sooner than the government's intended timeline.

Paediatric associations in France are demanding the immediate reopening of schools and “relief” from what they call overly strict health measures for pupils and teachers, while the Medef employers' federation wants to see a rethink of company health protocols so as to enable a rapid “return to normal”.

"At a time when health protocols can and must be streamlined and simplified, all paediatric societies renew their demand for schools in every community to be completely and immediately reopened,” a press release said on Friday.

This follows calls from Medef boss Geoffroy Roux de Bézieux for the French executive to tell people that “now's the time to return to work, to get back to normal and to start consuming again”.

Government spokeswoman Sibeth Ndiaye said Friday's meetings would determine whether it was safe to relax some rules ahead of the start of stage 3 of France's “deconfinement” on 22 June.

The move could see restaurants in the Ile-de-France area surrounding Paris, which are only doing terrace trade, given the green light to reopen completely.

With the scientific council that advises the government on the epidemic declaring the health situation to be “under control”, some politicians are also calling for the Ile-de-France region to be shaded “green” on the country's colour-coded virus map.

Macron is expected to put the government's emergency responses into perspective during an upcoming address to the nation on Sunday at 8pm.

While the health state of emergency enacted in late March is due to end on 10 July, it will be followed by a four-month transitional period during which some restrictions could remain.