By BarnaCHESTERMAN and AFP bureaus 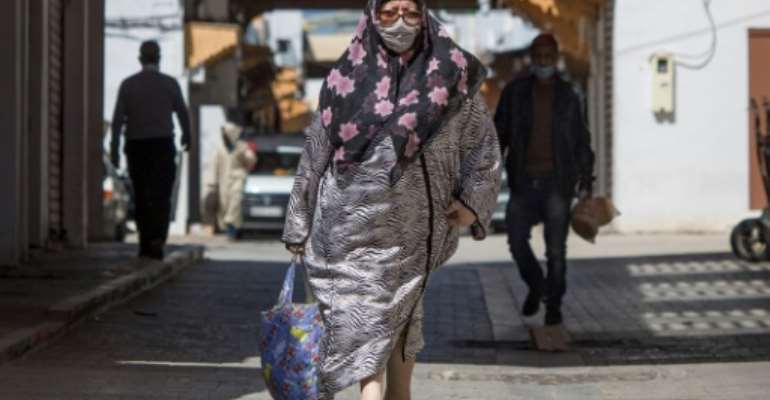 The WHO raised alarm bells over the hastening spread of the virus in Africa, while highlighting that the continent has just a tiny proportion of the world's infections. By FADEL SENNA (AFP)

More than 1.5 million COVID-19 cases have been identified in Latin America, a region now threatened by a food crisis, while global markets plunged Thursday anticipating a long road to economic recovery.

The World Health Organization also warned the pandemic was accelerating in Africa.

In the wider Latin America region the death toll has 70,000 deaths. 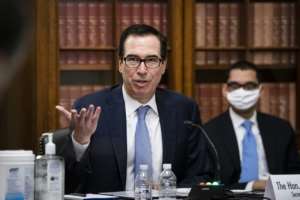 Treasury Secretary Steven Mnuchin said the US economy would reopen even if there was a second wave of infections. By Al Drago (POOL/AFP)

Despite the rising toll Brazil's two largest cities -- Sao Paulo and Rio de Janeiro -- reopened shopping malls, even as the health ministry said there had been more than 1,200 deaths in the last 24 hours and more than 30,000 new cases.

To the north across the Atlantic, the European Commission recommended that the 27 EU members fully reopen their frontiers with each other on June 15, and with the western Balkans starting July 1.

Europe's borders with the world beyond will open gradually in countries where the pandemic is considered under control.

The United States, which has the world's highest number of deaths and infections, saw cases surge past two million.

The virus and the lockdowns have caused a spike in US unemployment -- 44.2 million forced out of jobs since mid-March -- and wreaked havoc on the world economy.

Treasury Secretary Steven Mnuchin said the US economy would reopen even if there was a second wave of infections, as Wall Street stocks nosedived in the worst session since March.

"If you shut down the economy, you're going to create more damage," Mnuchin said. 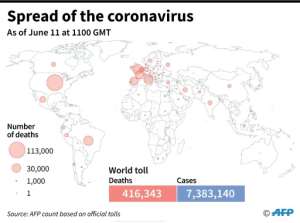 Spread of the novel coronavirus. By Simon MALFATTO (AFP)

On a torrid day around the world, Russia passed 500,000 confirmed cases and Iran said 180,000 had been infected there.

The WHO also raised alarm bells over the hastening spread of the virus in Africa.

The novel coronavirus has killed more than 419,000 people and infected close to 7.5 million since it emerged in China in December, according to an AFP tally of official sources. 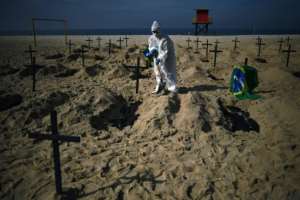 Brazil has the highest number of virus deaths in Latin America, and third highest in the world. By CARL DE SOUZA (AFP)

The epidemic, along with economic and social lockdowns imposed by governments to contain its spread, has also left economic devastation in its wake.

The UN Economic Commission for Latin America and the Caribbean (ECLAC) fears the crisis could provoke "the worst recession in history" in the region, which has become the virus epicenter.

"We're worried the region could come out of this crisis with more debt, poorer, hungrier and with more unemployment. And most of all, angry," said ECLAC general secretary Alicia Barcena.

The Organisation for Economic Cooperation and Development revealed on Thursday that in the first three months of 2020, the G20 major economies shrank by 3.4 percent.

This is the largest decline since records began in 1998, with the steepest decline in China, where the economy shrank by 9.8 percent.

Against this gloomy backdrop, European countries -- where figures suggest the outbreak is past its peak -- are keen to get business moving again, particularly in the tourism sector.

"International travel is key for tourism and business, and for family and friends reconnecting," EU home affairs commissioner Ylva Johansson said, adding that it was time "to make concrete preparations." 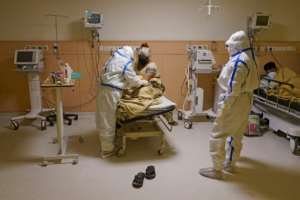 Cases are rapidly rising in India, which has eased its lockdown. By Atish PATEL (AFP)

Though travel from outside Europe is still restricted, within the bloc many countries -- especially those dependent on tourism -- have begun to relax bans on "non-essential" visits.

But life is unlikely to return to normal anywhere in the world until a vaccine or treatment is found.

Brazilian officials said Thursday they had reached a deal with a Chinese firm to produce a vaccine, if clinical trials proved it was effective.

"This agreement would allow us to produce at large scale and immunize millions of Brazilians," said Sao Paulo governor Joao Doria.

'Fight is not over'

In Geneva, the famous lakefront fountain that had been switched off during the lockdown was returned to service in the presence of international health officials. 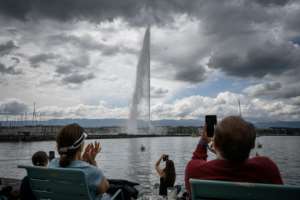 In Geneva, the famous lakefront fountain that had been switched off during the lockdown was returned to service. By Fabrice COFFRINI (AFP)

"But the fight is not over. Most people remain susceptible to this virus and the threat of resurgence remains very real."

Ukraine on Thursday reported an "alarming" rise in cases, after a daily record of 689 new infections.

Fear is rife in India as doctors warned the country has not even reached its peak.

In New Delhi, exhausted doctors at the Max Smart Super Speciality Hospital said they may not be able to cope if the easing of a lockdown that once curbed the movement of 1.3 billion sees a surge in cases.

"All of us are hoping for the best, but we are mentally and physically prepared for the worst," Dr Deven Juneja told AFP.