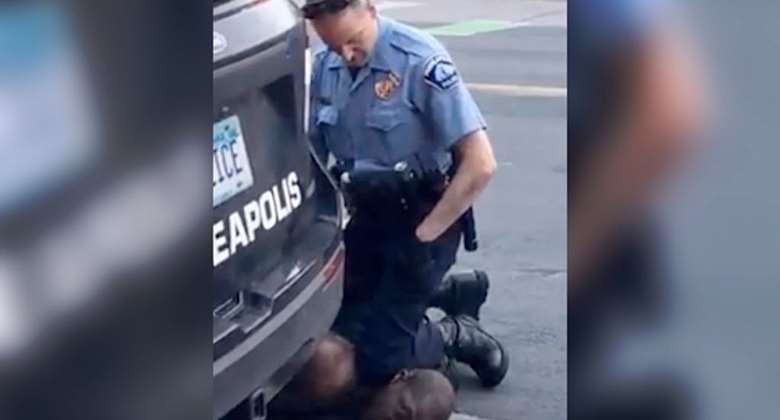 African Americans are the largest racial minority, comprising an estimated 12.7% of the population of the United States of America. This stance seem to naturally keep the Afro - American disadvantaged by virtue of population in comparison with the white population - including White Hispanics and Latinos (76.9%). This coupled with an assumed or real perception of under privilege, targeted maltreatment, perverted justice, and related issues would make the African Americans always have a sense of “we feeling” towards each other especially in instances where they sense their rights, are continually and publicly perverted. Perhaps an attempt at unveiling previous white police actions targeted or perceived to be targeted at the black race in America will suffice.

A cursory examination of the news media would reveal these and more brutalities against African Americans. Sadly, in the above and many other instances, there is either no or delayed justice on the perpetrators.

The Floyd case and reactions
Following the murder of Floyd in the hands of an officer expected to protect him, there have been reactions of diverse forms by Americans (black and white). Such reactions have emanated from diverse quarters – state institutions (refer College Station and New York Police Departments) and individuals (refer Mayor de Blasio). A reaction that has however triggered controversy and perhaps this write up is the protests in Minneapolis and other parts of America. Quite unfortunate those incidence are. Perhaps not really unfortunate, for if that had not happened, many outside of America would not have been attracted to the real or perceived treatment of the black race in America.

An explanation will suffice. Protests in themselves do not resolve issues and do not have specific formulae. What they do and the forms they take (usually as last resorts) is to bring the attention of stakeholders to the issues at stake for solutions. If you would think that it was a wrong approach to seeking justice for Floyd, you may as well start thinking if that would have happened if Floyd did no go through what he had gone through (murder);for every action, there is usually a reaction and the actor usually does not determine the reaction of the reactor. “A bizarre writer this guy is” - I can imagine someone think, but the reality of every minority or suppressed group in the nook and cranny of the world usually will not be resolved without some protests (refer abolition of slavery and others). Albeit, the world has now witnessed the injustice on the African American race and violence protest will not be necessary going forward. Much as the race has lost Floyd, and individuals have also lost property as a result of protest, the legitimate question to ask is how America can become a society that TRULLY protects every race in line with its mantra of protecting all citizens irrespective of race, creed, colour etc? This calls for a national reorientation of the American society; a society that will respect the lives of all irrespective of race, creed or colour of that race – perhaps Martin Luther’s exact words would suffice.

How it concerns Africans
It must be established that, black is synonymous with Africa. It must further be established that, Africa has its population also in America either as workers, students, volunteers or others. Thing is, you never know a thing until you feel it. I have been in the United States of America twice. Luckily for me, in both instances I was a privileged non-resident migrant and as such never felt the streets and the likely (mal) treatment that blacks may face on the streets. Also, I stayed for a few days in both instances blinding my feel on the real or perceived racism against blacks. Note here that, I am not American but I was there and absolutely black (I don’t decide that, it’s natural). The implication is that, a black man in America is at risk of racial discrimination on the street of New York, Minnesota, Chicago and other parts of the US whether American or not. Note further that, injustice anywhere is a threat to justice everywhere. Today it’s the United States of America. It may just be too safe to sit at the comforts of a hilly view Danfa and have coffee and chicken. That’s the beginning of threats to humanity; for our ancestors have it that, when your neighbour’s beard is on fire, you might as well look for water, for it may not be long when yours would be on fire.

Next steps
I think that Americans should accept the pleasant or perhaps unpleasant truth that, the previous sons and daughters of the slaves have over time equipped themselves with the skills, knowledge and attitudes just like all other races in America. As such all institutions in America do have to stay true to the constitutional dictates of protecting the lives of all citizens irrespective of race, creed, colour etc. It is further important to see this as a struggle for human dignity- respect knows no race and the American instance should not be an exception. The solidarity and reconciliatory postures of other races in America within this period is encouraging and should be replicated institutionally to make America GREAT and STRONG again.

MoMo transaction value for April declines by GH₵2.8billion
27 minutes ago