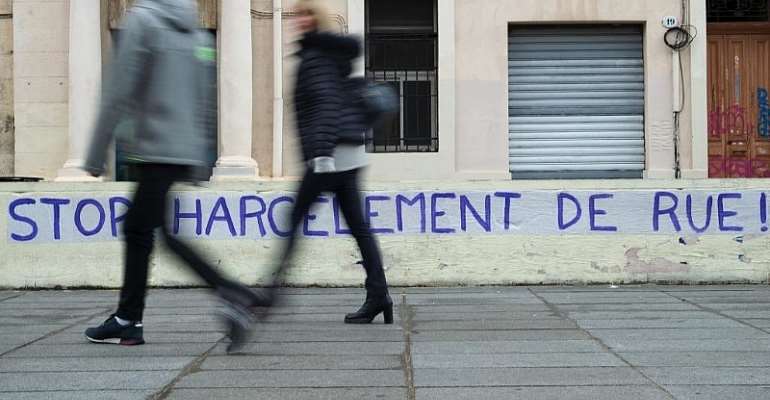 French Equality Minister Marlène Schiappa has unveiled a new plan to fast-track court proceedings for street sex offenders as well as a campaign to keep women safe on the streets. The measures are part of a cat-calling law, which already allows for on-the-spot fines.

The "Angela plan", announced on Thursday, tightens the legal apparatus surrounding street harassment against women, allowing prosecutors to hear cases as and when they happen.

"This is a very important development which should make it easier to punish these acts more effectively," she said.

Around 86 percent women have experienced some form of intimidatory behavior on the street, Schiappa tweeted Thursday when unveiling her plan.

When it comes to harassment on public transport, the figure goes up to 100 percent.

Getting worse
Street harassment appears to have gotten worse in France since the lockdown was eased on 11 May.

One woman tweeted that she had been wolf-whistled at 5 times in the space of 30 minutes, while others reported receiving more lewd looks and comments than usual.

Those breaking the law face potential on-the-spot fines of up to 750 euros or 1,500 euros under the "outrages sexistes" law passed in August 2018.

The legislation covers sexist insults, degrading or humiliating comments and “sexual or sexist” behaviour towards a person in public.

Now Schiappa wants to go even further.
Ask for Angela
Her "Angela plan", backed by the UN, would allow women who feel in danger "to know where they can find refuge if there are no police officers at hand to take their statement," the equality minister told French website France Info.

The refuge shelters could be bars, restaurants, pharmacies or any business willing to take part in the scheme, and women would be able to recognize them thanks to a label.

"If women feel unsafe on the street, they can go inside these identified shelters and simply say 'I ask for Angela'", Schiappa said.

"Angela" is a codeword allowing staff to know that the person needs help. The scheme has already been tested in England and the United States.

Culture battle
"This new way of calling for help emerged during the lockdown. We want to keep this momentum going," Schiappa added.

Several venues came forward to offer temporary housing to victims of domestic violence, which shot up during the lockdown.

But French feminists feel that government measures fail to tackle the root cause of sexual harassment and let perpetrators off the hook too easily.

"The onus of responsibility is on women to find shelter and seek witnesses not on the perpetrators," Agnès Volant, a member of the organisation Stop street harassment, was quoted as saying on France Info.

Instead, feminists want the government to invest in education and prevention from an early age, insisting the fight against sexual harassment is first a culture battle before a legal one.