No charges for Rove in CIA leak case 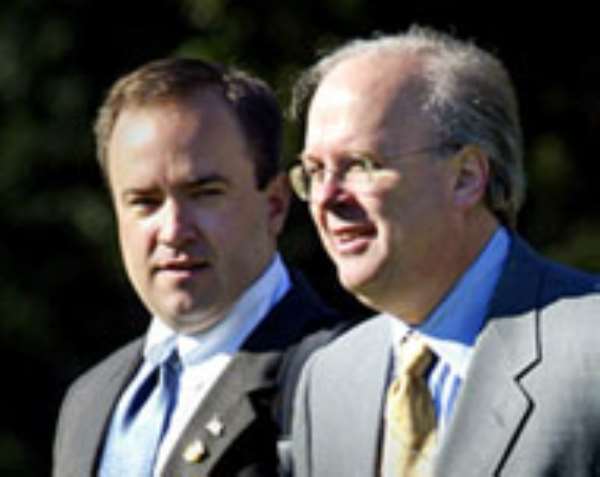 White House aide Karl Rove will not be charged in the CIA leak case, his lawyer said on Tuesday.

"On June 12, 2006, special counsel Patrick Fitzgerald formally advised us that he does not anticipate seeking charges against Karl Rove," Rove's lawyer, Robert Luskin, said in a statement.

In October, Libby was charged with obstruction of justice and lying to FBI agents and a grand jury during the investigation. He has pleaded not guilty to the charges and is to go to trial in January.

That prompted speculation that Rove could face perjury charges since he also had spoken to reporters in the case.

"We believe the special counsel's decision should put an end to the baseless speculation about Mr. Rove's conduct," Luskin said.

The Democratic national chairman, Howard Dean, said the fact Rove will not face indictment "does not excuse his real sin, which is leaking the name of an intelligence operative during a time of war. He doesn't belong in the White House."

But Republican National Chairman Ken Mehlman told CNN this was an example of how Democrats "rush to judgment."

"They owe him an apology," Mehlman said of Democratic leaders.

Fitzgerald's investigation centers on who blew the cover of CIA officer Valerie Plame after her husband, former US diplomat Joseph Wilson, criticised the Bush administration for manipulating intelligence before the March 2003 invasion of Iraq.

Libby and Rove spoke to reporters about Plame before her identity was made public by newspaper columnist Robert Novak in July 2003.

Policy saturation, failure fatigue and frustration can make ...
26 minutes ago