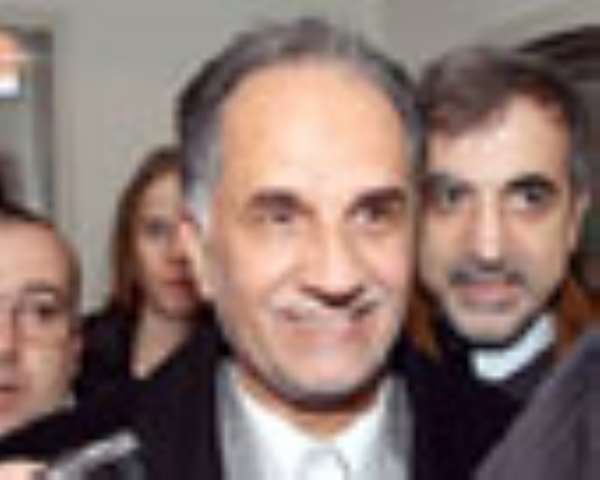 Iran says it hopes to avoid playing the oil card despite being pressured by world powers to abandon its nuclear programme.

The Iranian oil minister said on Wednesday he hoped that the nuclear row would not push Tehran to use reserves of oil and natural gas as leverage in the dispute.

"I hope these remarks are only used as a show of strength and we will not be forced to use this tool as leverage," Kazem Vaziri-Hamaneh was quoted as saying by the ISNA student news agency.

Iran has the world's second-biggest oil and gas reserves and fears of disruption in its supplies have already sent crude prices soaring.

"We need oil exports because currency that comes from them should be used to build infrastructure. However, if we feel we have to, we will defend our rights," he said.

"We need oil exports because currency that comes from them should be used to build infrastructure. However, if we feel we have to, we will defend our rights"

Kazem Vaziri-Hamaneh,
Iranian oil minister
His words chimed with those of Yahya Rahim-Safavi, commander-in-chief of the Revolutionary Guards, who also said on Wednesday that Iran was not seeking to make trouble in the region or imperil world energy supplies.

However, Rahim-Safavi said he agreed with comments by Supreme Leader Ayatollah Ali Khamenei on Sunday that world energy flows could be endangered by any US "wrong move" against Iran - the world's fourth-biggest crude exporter.

"We do not want any kind of insecurity in the region or to world energy supplies, but we believe any insecurity in Iran would apply to the whole region as well," he was quoted as saying by the ISNA.

Rahim-Safavi said: "As a military commander, I believe the security of world energy is bound to the Middle East region and Iran. They are meshed together."

Iran is the focus of an international dispute on whether it is seeking to develop nuclear arms. Iran denies the charge but has nevertheless been hauled before the UN Security Council.

Although political or economic sanctions would be the most likely early moves against Iran, the US and Israel have consistently refused to rule out military strikes.