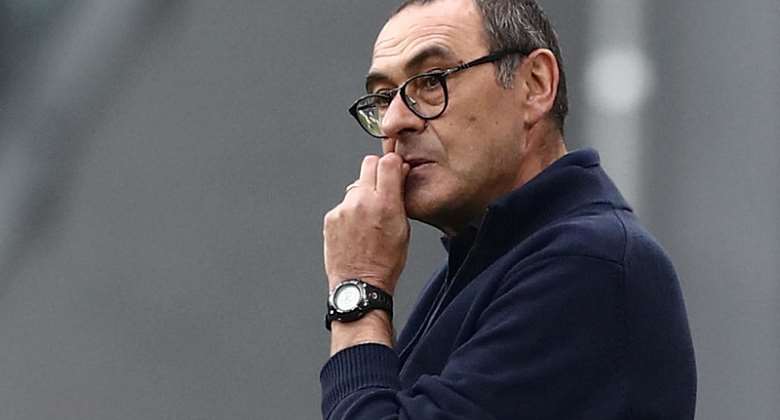 Italian Serie A football clubs have anointed 13 June as the date for a resumption of the action that was suspended in March during the lockdown to stop the spread of the coronavirus.

Bosses of the 20 top flight clubs say that as soon as the government gives the all-clear, their teams will be ready to deliver the matches.

A statement from the clubs said the return would comply with government decisions and medical protocols for the protection of players.

The unanimous declaration emerged on Wednesday hours after Italy's sports minister, Vincenzo Spadafora, said games would only be played again when safety could be guaranteed.

Health a priority
"If the championship resumes, as we all hope, it will be because we'll have taken the appropriate measures and protocols to resume,” he told the Italian Senate.

Italy has the second worst death toll in Europe behind Britain. Nearly 31,000 people have died from the coronavirus in the country since the start of the year.

"I'm aware of the passion surrounding football and the importance of the sector, but I find the debate around football at a time like this excessive,” Spadafora, added.

When play was suspended on 9 March, Juventus led Lazio by one point with 12 games left.

Italian teams returned to individual training on 4 May. Group sessions are scheduled to start from 18 May.

Organisers have agreed that games will be played without fans in attendance and players who test positive for the coronavirus will be quarantined for two weeks.

Bundesliga return
On 16 May, the German Bundesliga returns from its lockdown. Spain and England have yet to restart while authorities in the Netherlands and France have terminated their respective campaigns.

On Tuesday, Amiens, who were relegated when the Ligue de Football Professionnel halted proceedings with 10 games left, said they would take legal action against the decision.

Paris Saint-Germain, who were 12 points clear of Marseille, were designated champions. The two advanced to the group stages of the Uefa Champions League.

Third-placed Rennes were attributed a place in the competition's qualifying rounds. It will be the first time the Breton outfit has graced European club football's most prestigious tournament.