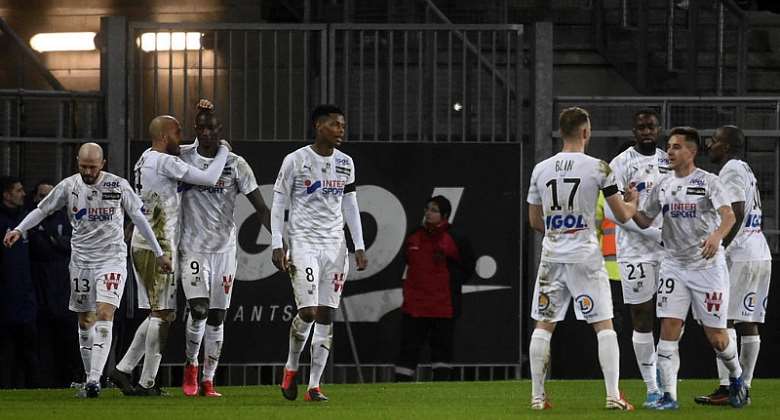 Amiens football club, relegated to the second division when the French football season was terminated early due to the coronavirus pandemic, launched a legal battle on Tuesday to remain in the French top flight.

Paris Saint-Germain were awarded the title on 30 April when the Ligue de Football Professionnel (LFP) declared the 2019/20 campaign over despite 10 games remaining.

Marseille, in second, gained a berth in the group stages of next season's Uefa Champions League while third-placed Rennes also advanced to the qualifying rounds for European football's most prestigious club competition.

At the other end of Ligue 1, Toulouse dropped to the second tier while Lens and Lorient were promoted from Ligue 2 even though AJ Ajaccio, Troyes and Clermont Foot were vying for the automatic promotion places with 10 games remaining.

Combat
“We've been forced into a fight,” said Amiens president Bernard Joannin. “We've got to go to the courts to fight an unjust decision.”

The LFP decided to end the season and allocate places after the  French prime minister Edouard Philippe said there would be no more professional sports before September even though his government wanted to ease the restrictions aimed at arresting the spread of the coronavirus.

French football was suspended in the middle of March as part of the administration's measures to stop a rising death toll from the illness.

When play was suspended, Amiens had collected 23 points from their 28 games to lie in 19th position.

However, they were only four points behind 18th placed Nimes who occupied the relegation play-off spot.

Saint Etienne and Dijon, who each had 30 points, were in the relegation mix with another 30 points at stake.

Justice
Christophe Bertrand, the lawyer acting for Amiens, said: “How can there be relegation when the competition isn't over? Another 26 percent of the season remained. It's like finishing the match in the 66th minute ... Is it fair to declare a winner at that point of the game? The legal answer is no.”

Since rising for the first time to the top flight in May 2017, Amiens have floated in the lower half of the 20 team division. They finished their debut season in 2018 in 13th with 45 points. That was followed by 15th place in 2019.

“The decision to end the season was taken too quickly and without real consultation,” Joannin added. “If you look at other sports such as rugby, handball and basketball, there's been no relegation. No alternatives appear to have been considered.”

Support
Respected figures from French football such as the 1998 World Cup winner Laurent Blanc and former France boss Gérard Houllier have added their support.  “If we didn't have a just cause, those kind of people wouldn't be joining us,” said Joannin.

Lyon president Jean-Michel Aulas raised the prospect of legal action after the LFP's decision. Lyon were in seventh position with 40 points.

Aulas said his club could lose millions of euros having been denied the chance to push for one of the European spots.

However his lament failed to elicit any sympathy from bosses at Montpellier and Monaco, who also had 40 points.

“What we have is exactly what most clubs did not want,” said Monaco vice-president Oleg Petrov.

“Although we want to resume the season, we accept a decision that has been made in extremely difficult health circumstances. There are huge economic consequences for many people and we have to confront them together.”