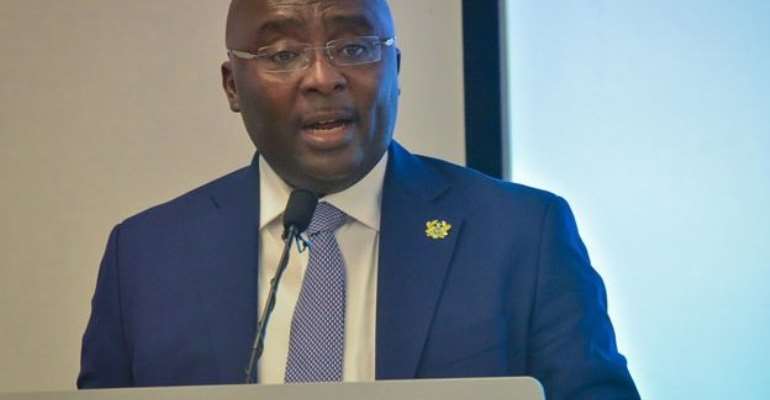 Bawumia
Bawumia
Bawumia
How many times have I called you?
Your utterances are getting gory at the altar of flimsy and frivolous political chauvinism. The fast fashioned rumpus of the hullabaloos carved by your intellectual dishonesty and political hoopla for fake frisky favour keeps many Ghanaians like my very self until now, uneased. Our people do say, “a lion does not go to the market square unless there is something there.” Indeed, “a fly that does not heed advice follows the corpse to the grave.” You were warned at the embryonic stage by no less a person than the late former Vice President of Republic H. E Kwesi Amissah-Arthur but you paid lip service to his “home sense.” Now, here you are dancing to no music at the market square. Today, you have reduced yourself to nothing in the Ghanaian politics that you so much cherish. Go to Facebook and many other social media platforms and see how you have submitted yourself to ridicule and castigations. No wonder, a colleague scholar from my alma mater, the University for Development Studies likens you to the “one pesewa coin.” As the saying goes “what is said over the dead lion’s body could not be said to him alive.” Indeed, “a roaring lion kills no game.” Dr. Bawumia, you have succeeded in coercing the intellectual class into joining the needless comparative time series analysis at the time we supposed to be fighting Covid-19 together in spirit. I am also here once again to lecture you as I did in 2018 about the depreciation of the Cedi against the US Dollar. “He who wakes up a sleeping dog must be ready for it barking.”

Dr. Mahamudu Bawumia, you are struggling to give Ghanaians “wholescale” free electricity, free water, free food, and zero rent in the fight against Covid-19 pandemic. It is crystal clear you have mismanaged the situation, there are no PPE and insurance packages for our health workers but you found it wise to procure a fraudulent app and patronized musicians to launch it. You touted yourself the messiah of economic management and the time has come for us to submit you to a truly unquenchable fire of accountability. During the 2016 elections, you pledged to deliver sound macroeconomic stability and double-digit growth. Ghanaians clapped for you and indeed elected Nana Addo Danquah Akufo Addo into office as President of the Republic. Unfortunately, you manufactured macroeconomic figures to woo Ghanaians and the international community. More intriguing is the quality of the so-called three years of sustained 7% average GDP growth under your government. The much-touted “cholesterol growth” engineered by oil revenue amidst performance in the agriculture sector from 6.1% in 2017 to 2.2% in the first quarter of 2019 and the service sector from 8.1% to 7.2% over the same period speaks for itself. The emergence of the coronavirus has come to aid us comprehend the realities much easier than the usual uproar. As the Dagombas say “when your mother died at the market scare you don’t need to announce the funeral” We no longer need John Keynes, Adams Smith, Modigliani, etc. to educate us about the fundamentals in Ghana. The “coronanomics” is here to provide us with the realities about the fundamentals.

Dr. Bawumia, your government just secured a 1 billion US Dollar facility from the IMF and some 35 million US Dollars (partly delivered) from the World Bank to complement the fight against Covid-19. Does it mean the much-touted economy is already out of gear? Does it mean you have been telling us plethora of lies all these while? This points to the fact that you have grossly mismanaged the economy as the head of the Economic Management Team (EMT) having borrowed 235 billion Ghana Cedis in less than three and a half years talk less of tax revenue, grants, and FDI inflows. Today, the realities have exposed your ineptitude and lack of “industrial input” as put forward by H. E Bekoe Amissah-Arthur (of the blessed memory).

In the past five years, Ghana has sustained economic growth in the average of 5.5% (~6%) and 6.7% (~7%) in the past three years under almighty “Dr. Mahamudu Bawumia.” Elementary economics highlights the need to sustain economic growth in order to raise enough income for redistribution. It seems your case posits otherwise where your government is struggling to feed even the “poorest of the poor.” Togo, a country with less than 4.8% (~5%) annual GDP growth for the past five years managed to give her citizens free food, free electricity, free water, and even zero rent. The case of Guinea is not much different, I am told the government of that country is even considering sharing money to her citizens in order to keep them home. What is more intriguing is Rwanda, a country that just recovered from one of the most atrocious genocides in Africa is considering more than stated above. The question that comes to mind is why is the government of Ghana not sharing free food, free water, free electricity, and even get rent frozen for all citizens than the partial interventionist approach? Another interesting question to ask is where is Ghana’s so-called 6% sustained GDP growth in the past 5 years, particularly your 7% in the past three years? Does it mean sustaining economic growth in Ghana does not guarantee income redistribution in the future?

Finding answers to the foregoing questions brings to fore how you have grossly mismanaged the economy of Ghana but found wisdom in appointing NPP apparatchiks into the Ghana Statistical Service to manufacture economic figures just to woo Ghanaians and the international community for favour. A Typical example is how you scammed the IMF for the 1 billion US Dollar Rapid Credit Facility (RCF). The novel Covid-19 has come to expose your incompetence as the manager of the economy. You claimed to be the Don of economic management in our country but the reality has just caught you up. Can you use such prowess to feed every Ghanaian today as we witness in Togo, Rwanda, and Guinea among others? I think you are taking Ghanaians for granted and won’t let you kill us before Covid-19. You have borrowed about 235 billion Ghana Cedis in less than three years and received more than 7 billion US Dollars from our oil revenue. Besides, your government has received more than 9 billion US Dollars in the past three years through aid from donors. Billions of Ghana Cedis have also been raised through taxation. The question is where is the money? Corruption, embezzlement, bloated government, expensive trips, mismanagement, and several others have become the order of the day in your government. Dr. Bawumia, you have a lot of questions to answer but in the meantime, I need answers to the following questions:

Dr. Bawumia, initially I concluded that you actually cooked the figures to scam IMF for the US$1 billion facility but upon second thought I realized that the Covid-19 pandemic has just come to explain the realities of the Ghanaian economy. The situation has also exposed the magnitude of the lies you have been telling Ghanaians over the years. It also confirms the prophecy of our late Vice President when he said we should not give the economy to someone who has no industrial input. You only memorized the economics theories and poured them during examination but never understood what it meant when the marginal efficiency of investment curve gets flatten and the appropriate policy response to adopt for growth to take its course without putting all our hopes in oil revenue. Dr. Bawumia, you truly lack industrial input.

Your government has been identified as the most corrupt in the history of Ghana. Can you prove Ghanaians wrong in the following scandals? Each question carries equal marks.

Please, mention just one project you have done in the three Northern regions in the past three years. Your brother from the Northern region did the following in the North. Prove otherwise if they are lies.

Dr. Bawumia can you debunk the claim that former President Mahama initiated and executed the following health projects? You are at liberty to refute any of the claims.

President Akufo-Addo in December 2019 announced the completion of some 58 factories under the “one district one factory.” Dr. Bawumia, Ghanaians want to know “just one” of the factories you started in 2017 and completed in 2019.

Dr. Bawumia you seem to be deceiving yourself at this critical moment of our national life. You sound so comfortable about the mess you have created in the past three and a half years in office as the head of the EMT and the Vice President of the Republic. You have desecrated such enviable positions and still carrying yourself around making noise. Mr. Vice President, Ghanaians are hungry and needed to be fed by your government as in Togo, Rwanda, Guinea, and several other countries.

Mr. Vice President, I still have additional 1,501 economic questions for you and 501 for the government in general about the collapse of domestic banks, depreciation of the Cedi, domestic investment, and the collapse of small and medium enterprises in Ghana. You succeeded in opening the flag gate for comparative time series analysis and we will delve into that as such. Just get prepared for the debate in the days ahead of us. Before I leave you I will want to send you this caution, “Ghanaians are going to compare your shambolic performance with your opponent’s records to make an informed decision in December 2020 election.”

I wish you well and good health.
Thank You,
David Yaw Mordey, Economist and Data Scientist 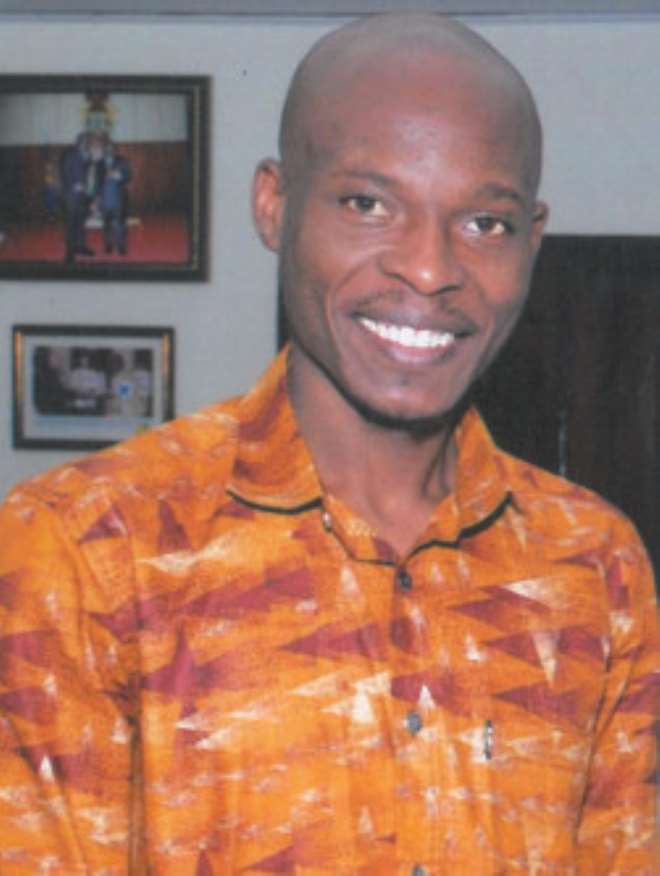 Letter
Powered By Modern Ghana
Agyapa: Ofori-Atta Flounders In Murky Streams Of Gold - Alex Mould Writes
Open Letter To Mr. Mahama, Ex-President Of The Republic Of Ghana!
Open Letter To President Akufo-Addo: Concerns Raised On The |$150 Charges At Kotoka Airport
Letter To The President Of Ghana On The Need To Develop Traditional Medicine Industry
COVID-19 And The Woes Of A Private Teacher: Open Letter To His Excellency Nana Addo
Abugri from Bugri writes: Mr. President, where is Emmanuel Boison?
A Letter to Manasseh Azure Awuni; Do not be as intolerant as His Excellency Nana Addo
Open Letter To Education Minister On 2020 WASSCE Disturbances
Should National Service Still Be Compulsory?
COVID-19 Updates Live Dashboard
TOP STORIES