8 Types Of Women You Should Never Date 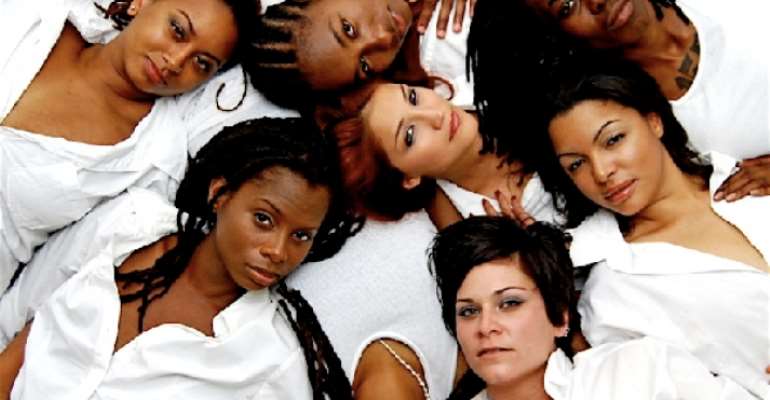 So before you figure out who you want to date, you might want to turn the focus inward and make sure you’re growing and taking responsibility for your own flaws.

However, when it does come time to date, there are some traits you should probably avoid.

This woman thinks that somehow, relationships are all about her. She may even wrongly believe this is a “biblical” approach to relationships. In other words, she expects you to take on the sort of leadership role that leaves her without much of a role to play at all—or even an identity to call her own. The sad part is that sometimes this mentality is wrongly perpetuated in some church circles, as the men are expected to be the “leaders” while the women are the “followers.” That might work for some guys, but for most, this lack of reciprocity in a relationship eventually becomes draining. You need a woman who will pour into you, as much as you pour into her, who will sharpen you, as you sharpen her, who will challenge you to become better, while you do the same for her. The best relationships are made of two people, each giving their best to one another

The 'You Complete Me' Woman

This is the kind of woman who hasn’t really taken the time to know herself, her beliefs, or what she feels or thinks. She’ll likely default to your preferences, your beliefs, your relationship with God and even your interests and friend groups. While this may seem to make life easy at first, the lack of mystery and depth will wear you down, because a healthy relationship involves two unique identities—not just one trying to mimic the other.

We all struggle with insecurities, but some people are more driven by it than others. This can come out in a variety of ways: the girl who is constantly talking negatively about herself or fishing for compliments; the girl who derives all of her value from how she looks; the girl who is overly flirtatious to every guy she meets; the girl who uses her body to gain affirmation from men.

Of course we should be willing to affirm our significant other—especially in areas they feel self-conscious about—but if a woman is relying on you for her self-worth, it can be a dangerous game. Her worth was never meant to come from you.

The Way Too Critical Woman

I think this is the worst of all the women you could date. According to proverbs, a woman like this is like the sound of a leak dripping: constant, annoying and problematic. And just like a leak, this woman will drain you. She’ll leave you questioning your value, your significance and your worth. You’ll never feel appreciated under the constant cloud of criticism. First, see the good in yourself, and then find a woman who can do the same.

A woman like this will take your heart on quite a ride, because she doesn’t really know what she wants. One moment she’s into you, and the other moment she’s confused and wants to take a step back. This internal struggle is not going to be resolved any time soon, so do yourself a favor and find someone who’s just as into you as you are into them. Healthy relationships are marked by peace, not by constant doubt and regret.

This one will try to control your entire life. She’ll have an opinion about how you should spend your money, chew your food, iron your clothes, and maybe even how you should change your personality. The thing about this woman is that she’s a control-freak. And one thing I know about control freaks is that deep down, they feel like they have no control in some area of their life, and so they take it out on their relationships. This habit takes a lot of time, introspection and work to outgrow. So step away from this relationship, and give her the time she needs to heal, to learn and to grow.

You need a woman who will pour into you, as much as you pour into her, who will challenge you to become better, while you do the same for her.

This woman doesn't really have a life outside of her romantic relationships. She never wants to spend time apart, which may be fine at first, but is ultimately unhealthy when dating. The mark of a healthy woman is one who has friendships, activities, areas of ministry and interests outside of “love." Find a woman who values the importance of other significant relationships, because there really is life outside of dating.

Drama with her momma, drama with her best friend, drama with her boss at work. This woman is characterized by drama everywhere she goes. She always thinks she’s been wronged, and she tells you all about it. But the drama isn’t necessarily the dangerous part in this kind of woman. (Just to be clear: A woman isn’t “dramatic” just because she’s emotional. Emotions are a healthy thing.) The problem is the underlying belief that it’s always everyone else’s fault. This woman is to be avoided because she doesn’t understand the meaning of taking ownership and responsibility of her life and relationships. And trust me, that blame-game will quickly become a part of your relationship, too.

With that in mind, let’s all be mindful of the reality that relationships aren’t about finding perfection—we all know that doesn’t exist. But they are about finding imperfect people who realize their flaws and weaknesses, and are working to become better and better with each and every passing day.