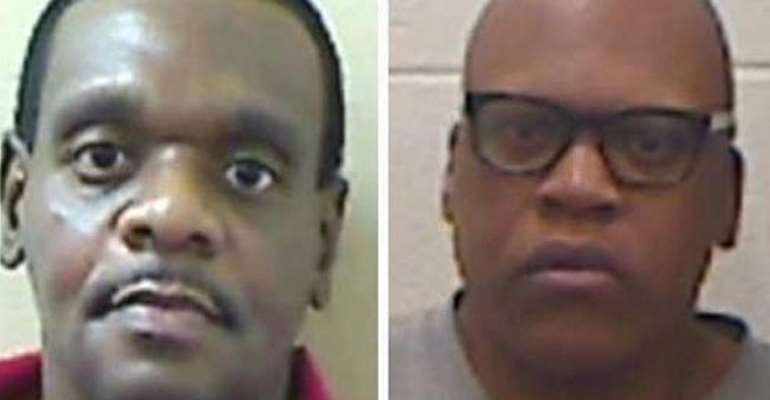 Two men who have each served 30 years behind bars have had their convictions overturned after they were exonerated by newly-discovered DNA evidence.

A North Carolina judge has ordered that Henry McCollum, 50, and his half-brother Leon Brown, 46, be immediately released.

The pair were convicted over the 1983 killing of 11-year-old Sabrina Buie in Robeson County.

The girl's body was found in a field, naked except for a bra pushed up against her neck.

Lawyers campaigned for the release of the two men following the discovery of DNA from a cigarette butt at the scene which pointed to another man.

That man has been serving a life sentence for a rape and slaying which took place less than a month after Sabrina's death.

The 74-year-old man lived near the field where Sabrina's body was found.

She said the man gave inconsistent statements to investigators, but denied killing the girl.

He admitted to seeing the girl on the night she went missing, and said he gave her a coat and hat because it was raining.

He told the commission that was why his DNA may have been at the scene.

Ms Stellato also said the man repeatedly told her Mr McCollum and Mr Brown are innocent of the girl's death.

Authorities said Mr McCollum and Mr Brown, who were both teenagers at the time of the crime, had confessed to killing Sabrina.

Both were initially given death sentences, which were later overturned. At a second trial, Mr McCollum was again sent to death row, while Brown was convicted of rape and sentenced to life.

But lawyers for the half-brothers successfully argued there was no physical evidence to connect them to the killing.

The DNA from the cigarette butt matched neither of them, and fingerprints taken from a beer can at the scene were not theirs either.

Lawyers said the men were coerced into giving confessions after hours of questioning.