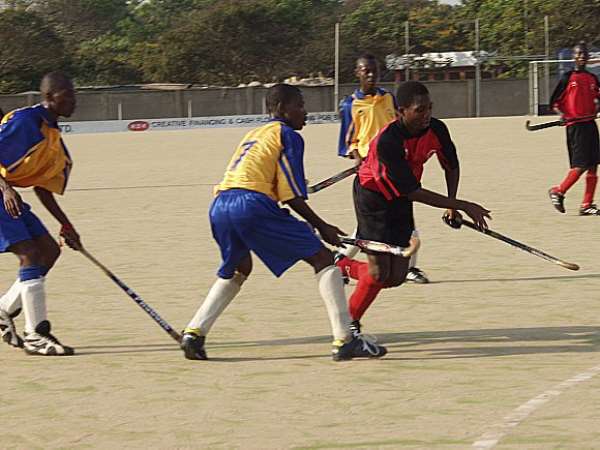 ..as Veterans Refuse to Answer Whistle for Second Half Veterans Hockey Club put up a disgraceful act when they refused to answer the whistle for the commencement of the second half of their 24th week Pepsi Hockey League match. Trailing 0-7 at the end of the first half, the old men collectively decided not to subject themselves to further humiliation at the hands of the merciless Central Bankers. Exchequers, who rested some of their key players, started the match on a relatively casual note but stepped up the tempo in response to the persistent call from their handlers to take the game serious. The Central Bankers didn’t have to wait longer as they found the net from open play in the 5th minute from ‘MC’ Armah. Musah Tamiru scored twice in the spate of 5 minutes (11th and 15th) to give the Central Bankers a 3-0 lead. ‘MC’ Armah completed his hatrick with 2 goals in the 18th and 22nd minutes. The Bankers showed no mercy and kept harassing and outrunning the Veterans midfield and defense banging in 2 more goals from the stick of Joe Appiah in the 26th and 33rd minutes to complete a 7-0 routing to end the first half. After the rest period, the umpires signaled for the 2 teams to take their positions on the field for the commencement of the second half. Their signal was not heeded to by the Veterans who assigned some flimsy excuses for their inability to continue with play. The match was thus called-off by the Technical Table which then declared Exchequers winners of the day. Many of the hockey fans who had come to watch the morning matches were visibly disappointed and called on the Greater Accra Hockey Association to sanction the old men for bringing the game into disrepute. A chat with the captain of the Central Bankers, Eddie Odametey, revealed that the team had their eyes set on the representation of the Country in Africa Cup for Club Champions scheduled for Pretoria, South Africa in March 2003. He confirmed that it had been a tough year for the team and indicated that they have resolved to work harder to make an impact in the Pretoria Championship. The members of the coaching staff made up of Winfred Sackey, Richard Abaidoo, Kester Ajao and Nat Botchwey, were full of praise for their players for their performance and expressed their sincere thanks to the management of the Bank of Ghana for their continued support. The coaches were particularly encouraged by the performance of their men in the face of difficulties that came with being at the very top echelons of Ghana hockey for the past decade. They assured their management and fans that they had critically analyzed the performance of the team in relation to tactics and will make the necessary adjustment to take on the African Clubs and also annex the league trophy next year. Citizens Player Attacks Umpire as they Lose to Kingsticks