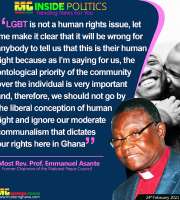 Short History of the Akwamus

The Akwamus like most Akans also migrated from Adanse to settle at the Twifo-Heman forest at the later part of the 16th century. This group of Akans belonged to the Aduana family and are blood brothers of Asumennya, Dormaa and Kumawu. According to oral tradition it was as a result of succession dispute that compelled Otomfuo (brass-smith) Asare to desert the family to form a new state or city called Asaremankesee- Asares big state. The modern city of Asaamankese was originally founded and occupied by the Akwamus.

Akwamus expansion started between 1629 1710 and this took them to places like the whole Akuapem area including Kyerepon and Larteh, Akyem, Denkyera, Ga-Adangbe, the Ladoku states of Agona, Winneba, Afram plains, Southern Togoland and finally Whydah in present Benin. The powerful king Nana Ansa Sasraku l annexed the Guans and took over the traditional areas of the Kyerepons and ruled over them until Asonaba Nana Ofori Kuma and his followers after a succession dispute in their effort to form their own State engaged them in a fierce war after which the Akwamus were driven away from the mountains.

These Asona family members and their followers then were given a piece of land from the original settlers the Guans, Kyerepons, to form the Akuapem state. However, most of the present Akuapems still have their roots at Akwamufie especially those bearing the names Addo and Akoto or from the Aduana family.

Nana Ansa Sasraku also played an important role in the life of the King Osei Tutu of Asante. He protected him from the Denkyiras and when he was called to take over the Kwaaman stool Nana Ansa Sasraku provided him with 300 Asafomen from Akwamu to guide him to Kwaaman. When Nana Osei Tutu arrived, he gaved all the men to Kwaaman Asafohene and they became citizens of Asafo and that won the Kumase Asafohene the title Akwamuhene of Kumase. According to oral tradition, the whole structure of the Asante army that was started by Nana Osei Kofi Tutu l and helped the Asantes through many wars, was a replicate of the well organised Akwamu army.

Nana Osei Tutu was also assisted by the Anumfuo (later Adumfuo) who accompanied him from Akwamu, in execution cases. A large number of the Asantes of today originated from Akwamu especially, people from Asafo and Adum as well as sections of people from Bantama and Barekese.

After the death of Nana Ansa Sasraku, he was succeeded by two kings collectively, Nana Addo Panin and Nana Basua. It was during this time that the Akwamus took over the possession of the Danish Castle at Christianborg or Osu.

Because of the cordial relationship that existed between Akwamu and Asante, during the 19th century expansion of Asante, the Akwamu unlike most states after war, was never annexed by Asantes but rather the Akwamu Stool became the wife of the Asante Stool during the reign of Nana Odeneho Kwafo Akoto l. That is the reason why during the Golden Anniversary of Nana Kwafo Akoto ll Nana Opoku Ware ll crossed the Pra river to spend two days at Akwamufie.

At the peak of their power the Akwamus had embraced much of the Gold Coast and traditionally the Akwamuhene still has the jurisdiction of the Akosombo part of the Volta River. Sadly and unfortunately the Akwamus have however lost most of their lands to Akuapems, Akyems, Kwahus, Fantes and Krobos. I would like recall that the Kingdom of Akwamu was one of the most powerful among the Akans.