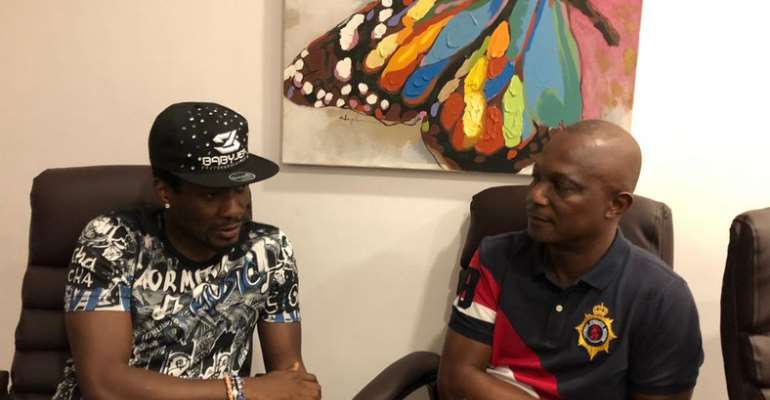 Asamoah Gyan says his relationship with former Black Stars coach, Kwasi Appiah is not the same following his decision to strip of him the captaincy.

The 34-year-old who led the national team for more than five years was dropped by coach Appiah as the captain of the side ahead of the 2019 Africa Cup of Nations competition in Egypt.

The two men were close pals prior to the tournament played in July last year but Appiah shook the entire country when he announced Andre Ayew as his new leader.

The former Sunderland striker who is the only African player to score two goals each in three different World Cup competitions was axed as the man captain of the side even though he was named in the squad for the competition.

This triggered the striker’s decision to announce his retirement from the national team before the country President Nana Akufo Addo intervened to get him to rescind the decision.

Despite reversing the decision and joining the squad for the tournament in Egypt, Gyan reveals that his relationship with the coach has been completely damaged.

“Honestly I think the relationship is a bit broken because of what happened,” Gyan said in an interview with TV3’s Juliet Bawuah.

“I don’t know whether it's his conscience or it is my conscience but the relationship(gap) between me and him is a bit wide.

“Because I haven’t spoken to him in a while-which is a bit strange,” said Gyan who spoke on a daily basis before the disagreement broke out.

However, the former Black Stars captain says he would not hesitate to reach out to his former coach when they meet in public.

“Normally we do talk, but we haven’t spoken in a while, but it's cool. Any time I see him we will have our normal chat and our normal jokes and everything,” Gyan added.

Anti-gay bill : Tell foreign missions if they provoke us we'...
49 minutes ago