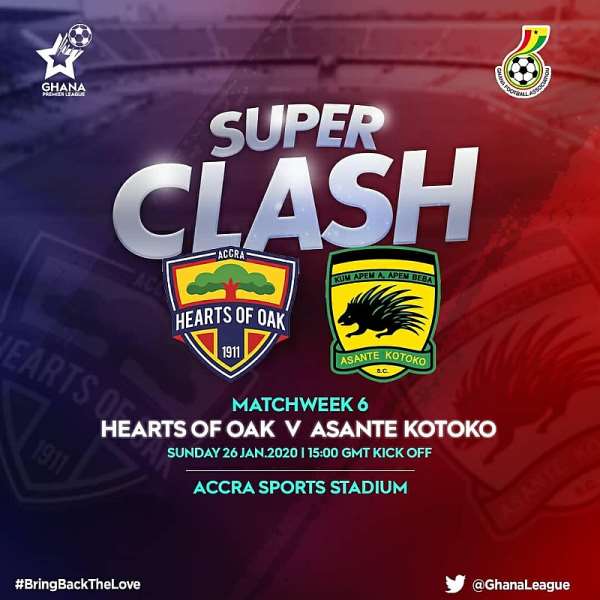 Accra Hearts of Oak has announced the ticket prices for their upcoming clash against bitterest rivals Kumasi Asante Kotoko on Sunday in the Ghana Premier League.

The two most glamorous clubs in the country will locks horns in a mouth-watering encounter in the Ghanaian top-flight for the first time in 2020 in a Match Week 6 fixture of the ongoing season.

Ahead of the clash, Hearst of Oak who will be playing as the home team has announced the ticket prices. The popular stand and center line tickets will cost GH¢20 while the tickets for the lower VIP will cost GH¢30.

Meanwhile, tickets for the Upper VIP and the VVIP section will be sold at GH¢50 and GH¢100 respectively.

The titanic encounter between the arch rivals will be played on Sunday, January 26, 2020, at the Accra Sports Stadium.

Kick off has been scheduled for 15:00GMT.