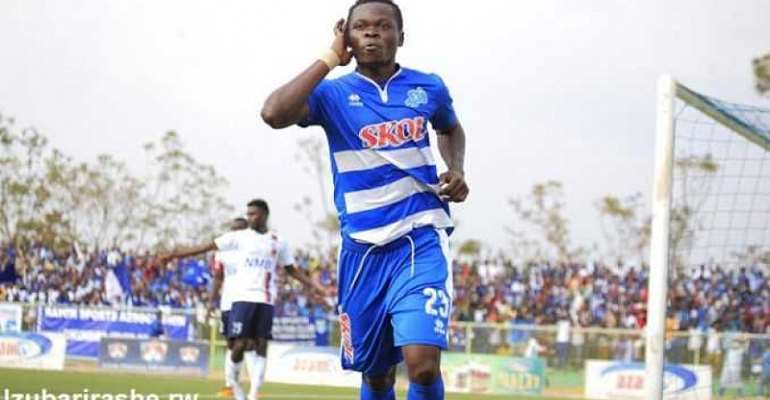 Burundi international, Pierre Pierrot Kwizera has arrived in Ghana to complete his switch to Asante Kotoko.

The Ghana Premier League are strengthening their squad with the 28-year-old midfielder as they battle for the 2019/20 league title.

The former Simba FC star touched down in the country on Friday afternoon with hopes of securing a deal with the Ghana Premier League giants before January 13.

He has previously played for AFAD Djékanou, Rayon Sports and had his last stint with Oman club Al-Oruba Sur.

Kwizera was a member of the Burundi squad that played at the 2019 Africa Cup of Nations staged in Egypt.

He made only one appearance during the tournament.
Head coach of Asante Kotoko, Maxwell Konadu after their 3:1 win over Legon Cities FC vowed to strengthen the team before the transfer window ends.