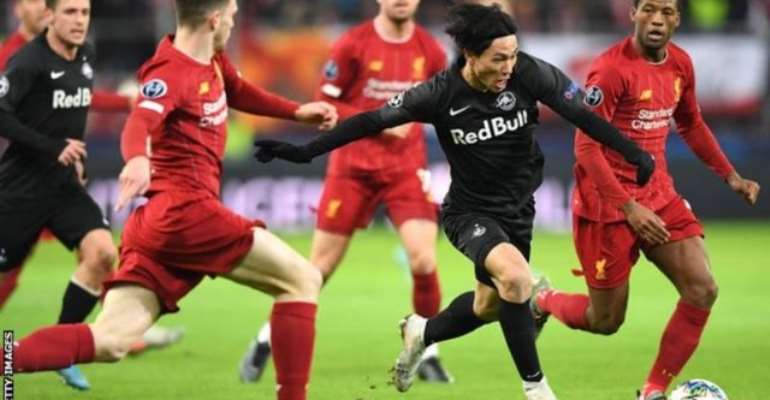 Liverpool are planning to make a move for Red Bull Salzburg winger Takumi Minamino in January.

Minamino, who is believed to have a release clause of £7.25m, played in both his side's Champions League group games against the Reds this season.

The Japan international has scored nine goals in 22 appearances for Salzburg this season and provided 11 assists.

One of Minamino's two Champions League goals this season came in Salzburg's 4-3 group stage defeat by Jurgen Klopp's side at Anfield in October.

In the return on Tuesday, the Austrian side lost 2-0 but Minamino was a constant threat in the first half and Liverpool are keen to do a deal as they believe he is worth more than treble his release clause.

Liverpool have stepped up their pursuit of the 24-year-old because interest in the Japan forward is increasing.

Despite playing against Liverpool in this season's Champions League, the forward would be eligible to play for the holders in the competition if he does move following a rule change by Uefa last year.