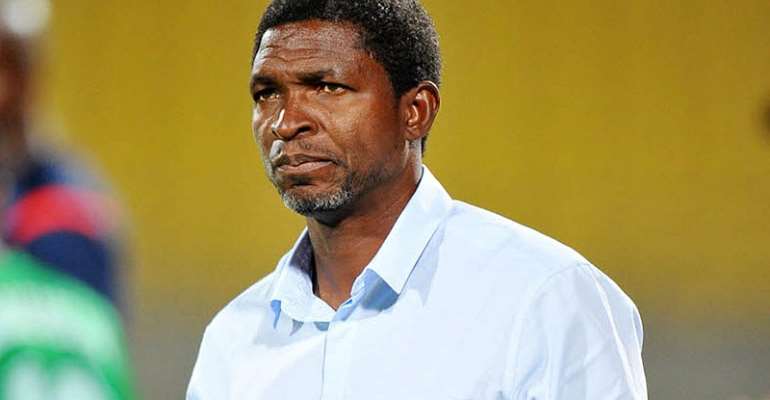 It came to pass on Sunday that, the Black Stars B once again failed to qualify for the African Nations Championship (CHAN) as they drew 0-0 to Burkina Faso in Ouagadougou. A barren result is fine but having lost 0-1 in the first leg at home, a disappointing tale of not being good enough for the 2020 CHAN competition was what awaited us.

With the outcome of the Kumasi game, we needed no prophet to tell us that, we would be faced with difficulties in qualifying. A fiasco was inevitably written on the wall but we probably didn’t see it, perhaps with the faith that, Coach Maxwell Konadu and his players would cause an upset away.

But in African football, it is rare to see teams losing at home and going away to win. It does not often happen. Every team proves to be strong at home as they utilise the advantage that comes being at home. So, the Black Stars B lost the qualification ticket in the first leg game in Kumasi.

That match was heading for a goalless draw until defender, Habib Mohammed’s late-minute blunder gifted the Burkinabes a scoring chance, giving them a 10-0 win. I wrote elsewhere after that game that, hopes of a favourable result in Ouagadougou and qualifying existed only on paper.

In reality, Burkinabes had the upper hand. The victory we had over them in the recent WAFU competition was vital. It boosted our ego. It enhanced hopes of giving them a match in the CHAN qualifier but it is on record that, besides winning the WAFU match on penalties, Burkina Faso rested key players for the WAFU game in question.

To put it bluntly, we couldn’t match them when they paraded their best performers on Sunday. There are hard truths to be told, one of which is that, under coach Maxwell Konadu, the Black Stars B has for the third consecutive not qualified for the CHAN. While I have no doubt that, Maxwell Konadu is a fine coach, it’s clear that, beyond the sub-region, he is yet to be convincing.

Failure in trying to qualify for the CHAN for the third time running since 2016 is disappointing. That aside, we aren’t doing anything substantial to improve player quality in Ghana in the abundance of talents. The players we assemble in weeks to camp for CHAN qualifiers maybe high-performing players but we won’t have things easy when there is also evidence to show that, the collective performance of these players at their clubs in Africa is nothing to write home about.

In short, we lack the quality to compete well on the continent despite calling ourselves as a football nation. We can’t continue to boast with good name. In reality, the fortunes of Ghana football continue to decline on all levels. The consistent CHAN fiasco is an example. A new football administration is at hand. It’s my hope that the incoming Ghana Football Association leadership will come with effective plans to halt our decline and the disappointments.