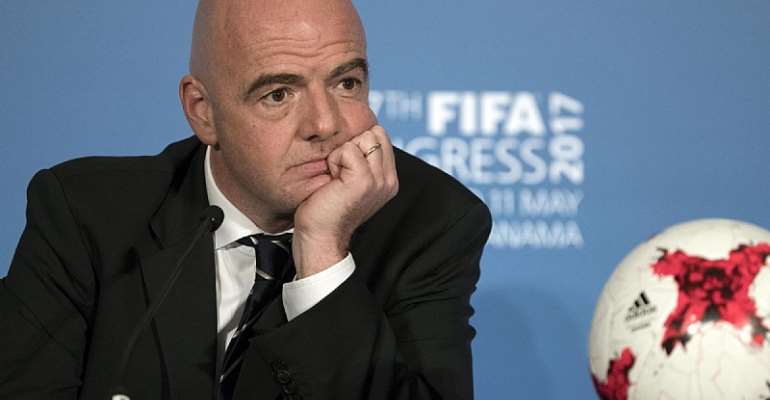 In a highly unusual move, FIFA has asked the 54 member associations of the Confederation of African Football (CAF) to sign a one-page media rights “mandate” that gives the world governing body “an irrevocable mandate to implement a central marketing plan to market and commercialise the media rights for the FIFA African Qualifiers 2022 & 2026.”

In an August 13 letter written by Fatma Samoura, FIFA’s Secretary-General and General Delegate for Africa, who began work in her latter position on August 1 in Cairo, Egypt, she told the 54 associations to sign and return the mandate (published below) no later than Wednesday 21 August.

Under the centralisation arrangement, FIFA has proposed that: “All media rights (first, second and third-party) including live, delayed and highlights coverage, and on all distribution platforms to all matches of the FIFA African Qualifiers 2022 and 2026 (including the playoffs), to be centrally marketed by FIFA.”

FIFA, in the one-page mandate sent to all 54 members of CAF, also went on to state: “All net revenues generated through the centrally marketed media rights will be fully distributed amongst the 54 African member associations of FIFA and members of CAF…”

It would be shared “according to a formula agreed by the FIFA administration, following consultation with the 54 African member associations of FIFA and members of CAF and after deduction of relevant expenses, such as production and sales costs.”

The open-ended nature of this mandate would mean that expenses incurred by FIFA to manage the media rights of the 2022 and 2026 World Cup qualifiers for Africa could also involve significant consultancy and agency fees, which CAF’s 54 members, after signing the mandate, would be in no position to influence or object to, as FIFA would have the sole right on such matters.

While the current proposal is certain to increase revenues for the less commercially viable countries on the continent, the FIFA proposal is likely to meet objections from the major African TV markets, like Cameroon, South Africa, Egypt, Morocco and Algeria, where they would certainly make more money from selling their World Cup qualifying rights individually.

“I am shocked by this contract,” said an FA President, who asked for anonymity, told Insideworldfootball.

“We are just expected to cede our rights for the qualifiers, for the next two World Cups, over the next eight days?

“This is a major thing that is being asked of us and we need to take our time to study this and get the right legal advice, so we can do what is in the best financial interest of our associations.”

“With what I am seeing from this contract, the fears of many, that FIFA’s intervention in African affairs is a form of colonisation, will be heightened. Many will be afraid to speak out openly, for fear of retribution. This is not the way in which important things like this should be done,” he said.

Insideworldfootball also sought the comments of a President of a major football federation in the continent, who declined to be named, as he also refused to comment.

But Shehu Dikko, the second Vice-President of the Nigeria Football Federation (NFF), who has the responsibility for dealing with the NFF’s commercial activities, including television contracts, believes that the FIFA centralisation plan is a good deal for his federation.

“I think that African football will benefit greatly from this deal. It is the right way to go and the Nigerian Football Federation is in support of it. I believe that Nigeria will actually earn more money from the centralisation of the rights and not less,” Dikko said.